NEW YORK (AP) — Josh Allen and the Buffalo Bills stormed to the top of the AFC East — unfamiliar territory for anyone other than the New England Patriots — and kept going last season.

Nearly all the way to the Super Bowl.

Now comes the encore, and the expectations remain just as lofty.

“If the team’s not looking to win the Super Bowl,” Allen said, “they’re doing it wrong.”

The Bills lost to Patrick Mahomes and the Kansas City Chiefs in the AFC championship game last season, falling just short of reaching the Super Bowl. And the first step in that journey was winning the AFC East, which had been locked down by New England for most of the last two decades.

Buffalo’s division title was its first since the 1995 season — a few months before Allen was born. It also snapped the Patriots’ 11-season division winning streak, and ended a stretch during which Bill Belichick’s bunch had won 17 of the last 18 division crowns.

“I think our guys understand, and we’ve stressed that all year and all offseason, is what we did last year was really good but it means nothing,” Bills general manager Brandon Beane said. “We’re 0-0.”

Just like every other team. But Buffalo has some history to conquer just to win the division again.

“The ultimate goal is to make the playoffs and give yourself a chance for a world title,” Allen said, “and that’s what we’ve got to do.”

Entering his fourth NFL season, the 25-year-old Allen is the dean of the AFC East starting quarterbacks. And he’s getting paid like it, too, signing a six-year, $258 million contract last month.

Tua Tagovailoa, the No. 5 overall pick last year, will be under center for Miami. Meanwhile, Zach Wilson, the No. 2 pick this year, is the guy for the New York Jets. And with New England stunningly cutting Cam Newton, the starting gig goes to Mac Jones, who went 15th overall in April.

They’ll all be aiming for Allen and the Bills. But get this: With all four of the projected starting QBs 25 or younger, it marks the first time there have been that many in any division since 1985 — when the AFC East had Dan Marino (Dolphins), Ken O’Brien (Jets), Tony Eason (Patriots) and Art Schlichter (Colts).

CHANGING OF THE GUARD

New England’s 7-9 finish was its worst since 2000, when the Patriots went 5-11. That was Belichick’s first year as coach and the rookie season for Tom Brady, who appeared in only one game.

Belichick and Brady partnered on what became one of the league’s most successful runs, winning six Super Bowls together over the next 19 years.

The Patriots believe they found their next franchise quarterback and gave Jones some weapons in tight ends Jonnu Smith and Hunter Henry and wide receivers Nelson Agholor and WR Kendrick Bourne.

“I think any time you take a team like we had last year — we all spoke about it at the end of the year — things were going to be different. And they’ve been different,” safety Devin McCourty said. “We got new players in here and we’ve just got to continue to build. I like what we have.”

A 10-6 finish last season had Brian Flores and the Dolphins feeling pretty good about their future. But suddenly the person who’d be leading them at quarterback became unclear.

Tagovailoa was 6-3 as a starter as a rookie after replacing Ryan Fitzpatrick as the starter after six games. But he also ranked 26th or lower in several key categories, and was pulled in favor of Fitzpatrick in two games.

“We are always trying to improve on everything to get better from where they are and accentuate what he does well, the things that he does well,” said co-offensive coordinator/running backs coach Eric Studesville. “He throws the ball really well. He’s a smart guy. He can handle it and everything that goes into that position, which is an all-encompassing position.”

The Jets have the league’s longest playoff drought at 10 seasons, and it figures to continue through what is very much a rebuilding year.

New coach Robert Saleh has the franchise thinking optimistically about its future, and Wilson gives the Jets an exciting playmaker they hope can be a long-term answer at quarterback.

But Saleh is preaching patience for the long-suffering fans of one of the NFL’s youngest teams.

“We embrace the urgency at which everybody wants to win, but at the same time that can’t affect your decision making for the long haul of the goal of winning championships for extended periods of time,” Saleh said. “That urgency in the past has led to spurts of success and lengths of failure. We’re trying to get that reversed, to where we have long, long runs of success.” 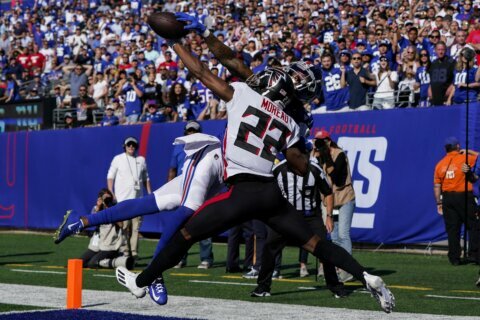 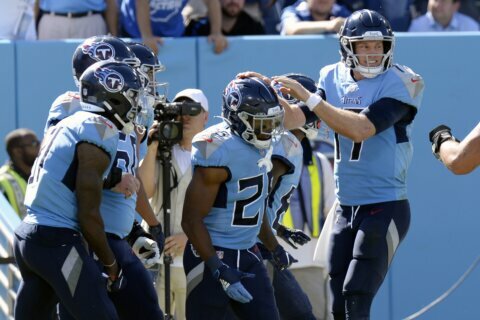 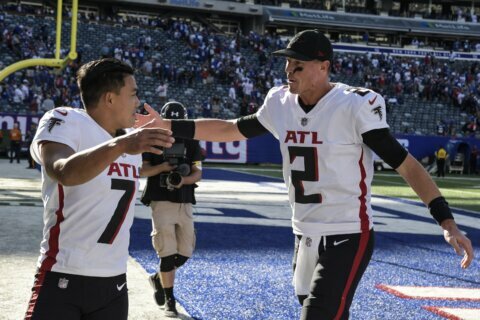