Lotulelei eagerly rejoins Bills after year off from football

For someone regarded by his Buffalo Bills teammates as a man of few words, defensive tackle Star Lotulelei sure had…
Listen now to WTOP News WTOP.com | Alexa | Google Home | WTOP App | 103.5 FM

For someone regarded by his Buffalo Bills teammates as a man of few words, defensive tackle Star Lotulelei sure had plenty to unpack following his year away from football.

Saying he had no regrets in deciding 11 months ago to opt out of last season because of COVID-19 concerns, Lotulelei made clear he had difficulty turning on the TV and watching the Bills make their run to the AFC Championship game. As for retirement, the 31-year-old from Tonga said the year off made him miss football more, and joked his wife was particularly adamant in wanting him out of the house.

“She was getting sick of me. That’s when I found that maybe my wife isn’t ready for me to call it yet,” Lotulelei said with a grin after the Bills opened the first of three mandatory minicamp sessions Tuesday. “But I knew when I was watching the team that I wasn’t done. I’m happy to be back. Practice felt great today, to be out with the guys again.”

Lotulelei’s face beamed throughout a 15-minute Zoom call during which he cracked numerous jokes, which was a notable switch from the reserved player whom quarterback Josh Allen noted barely says two words during an entire season.

“No, man. You guys just don’t talk to me a whole lot,” Lotulelei said, referring to the media and his reputation of being an introvert. “I think this is like the first time you guys actually get to see who I am.”

The Bills’ big man in the middle is back. He’s feeling refreshed, healthy and eager to re-assume his role as the defense’s space-eating, run-stuffer on a team looking to build off a breakthrough season.

In finishing 13-3, Buffalo clinched its first AFC East title since 1995 and enjoyed its deepest playoff run in 27 years.

Much of the success, however, was attributed to an Allen-led offense which broke numerous single-season team passing and scoring records.

Whether it was Lotulelei’s absence, the lack of a preseason and COVID-19-related practice limitations placed on all teams, or a combination of all three, the Bills defense took a significant step backward last year.

Buffalo went from finishing ranked among the top three units in fewest yards allowed in 2018 and ’19, to 14th last year. Buffalo’s run defense was particularly inconsistent in allowing 150 yards six times, including twice in the playoffs, and gave up a combined 384 yards rushing in consecutive losses to Tennessee and Kansas City in October.

“The other guys did a good job, but Star is Star,” safety Jordan Poyer said two weeks ago in assessing Lotulelei’s absence.

Though his production numbers aren’t impressive, Lotulelei’s value is an ability to take on extra blockers and open holes for other defenders to make plays.

Lotulelei spent a majority of his time off staying in shape and reported to practice weighing about 310 pounds — about 5 pounds lighter than he was two years ago.

The best part of being away was a chance to spend quality time with his wife and four children.

The most difficult part was watching from afar.

“I didn’t watch every game, just because it was a little tough, especially the last game,” he said, referring to a 38-24 loss to Kansas City in the AFC Championship game. “I was happy because the team was doing so well. It was a bummer not to be a part of it. But again, I made the decision. I don’t regret it.”

Lotulelei stayed in contact with his teammates mostly by text in issuing encouragement and tips.

The Bills were so appreciative of Lotulelei’s return that Oliver greeted him with a big hug.

Lotulelei also got to reunite with Bills defensive line coaches Eric Washington and Jacques Cesaire, who were hired last offseason. The trio previously worked together when they were in Carolina, where Lotulelei spent his first five NFL seasons before signing with Buffalo in 2018.

“A lot of comfort knowing him, him knowing me, knowing I can trust him,” Lotulelei said of Washington, who took over as Carolina’s defensive coordinator after the Bills hired Sean McDermott to be their head coach in 2017. “I don’t think there’s a more perfect guy that I could have to get me re-acclimated into the system, back into the football schedule and things like that. I’m happy.” 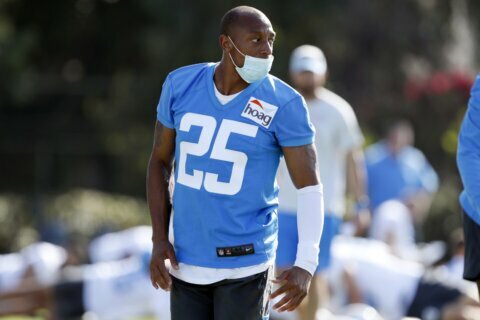 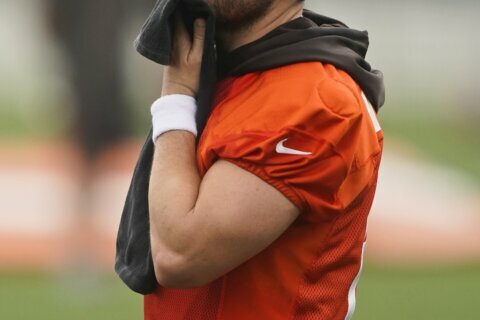 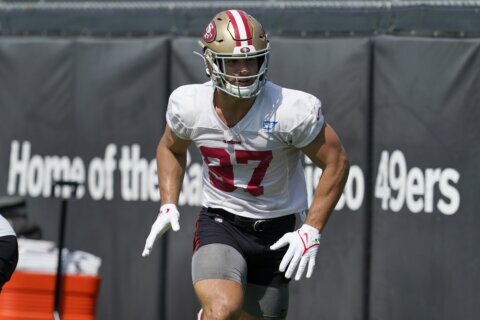