Career satisfaction is subjective. Creating high-profile marketing campaigns for hot products sounds like a perfect job to some people, while others dream of delivering healthy babies to excited new parents.

Yet some career qualities are universally desired. Workers tend to prefer higher salaries, ample open positions and opportunities for promotion. These characteristics are used to calculate the U.S. News Best Jobs of 2023 rankings.

This article explains the methodology behind the rankings, including how U.S. News selects jobs to profile and how those jobs are ranked against one another.

To choose professions for the 2023 rankings, we started by identifying the jobs with the largest number and percentage of projected openings from 2021 to 2031, as determined by the U.S. Bureau of Labor Statistics. The jobs that topped the list were selected for the 2023 Best Jobs analysis and rankings.

We also have lists for Best STEM Jobs, Best Jobs Without a College Degree and Highest Paying Jobs Without a Degree. Careers are ranked based on their overall score, which combines multiple components into a single weighted average score between 0 and 10.

About the Component Measures

This is the midpoint of salaries earned by individuals employed in a given occupation, according to the BLS.

For most people, salary remains an important factor when selecting a future career.

[Read: Salary Negotiation: How to Negotiate Salary and Succeed.]

This is the percentage of people in an occupation who are currently unemployed.

Growth volume, according to the BLS, is the total number of new jobs that are expected to be created for an occupation in a 10-year span. For example, the BLS projects the U.S. will add 370,600 new software developer jobs between 2021 and 2031.

If the number of jobs in a given occupation is expected to increase, future job seekers may enjoy more opportunities.

This is an occupation’s percentage of employment growth over the course of 10 years. For example, the BLS estimate of 370,600 new software developer jobs between 2021 to 2031 equates to a 26% increase over 10 years.

A high growth rate indicates increased demand for this type of worker. The BLS predicts that total occupational employment will increase by 5% between 2021 and 2031. Jobs with higher percentages are growing at a faster rate than average.

This rating conveys the likelihood of landing a job in the future based on the number of openings versus the number of job seekers. For example, the BLS predicts physician assistants will be in high demand due to the growing and aging population, as well as an increase in the number of patients with chronic diseases. Additionally, advances in medical technology will continue to increase the number and types of treatments available. In contrast, the BLS projects a decrease in cashiers over the next decade due to technological advances, such as the use of self-service checkout stands in retail stores and increasing online sales. Competition for open positions for cashiers will be intense, so this occupation received a lower job prospect rating.

If you’re looking for a career for which demand is predicted to increase over the next 10 years, pursue one with a higher job prospect rating.

[Read: How to Ace a Job Interview: What to Wear, What to Bring and Other Tips.]

This rating indicates the amount of day-to-day stress someone might experience while working in a particular occupation.

The stress a worker feels in their job can lower quality of life, worsen health and damage professional self-esteem.

Based on interviews and extensive research, our editors assign qualitative stress-level ratings to each occupation. These ratings are intended to represent the typical stress level for the occupation, but it’s important to note that stress varies significantly among individuals and their specific job circumstances.

[How to Change Careers Successfully]

This rating captures how much a profession will affect someone’s lifestyle.

Striking a comfortable balance between career, health, family and leisure activities can improve job performance and quality of life.

Based on interviews and an assessment of literature, U.S. News editors assign qualitative work-life balance ratings for each occupation. Like the stress level, work-life balance may vary significantly among individuals and based on specific job circumstances. 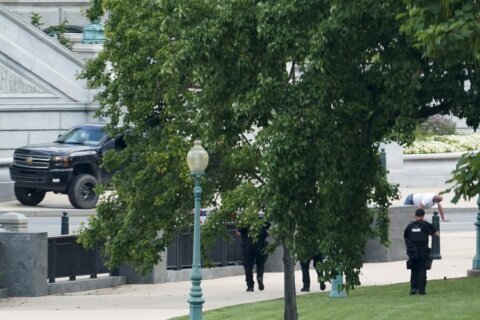