8 Short Squeeze Stocks That Could Take Off in January

These stocks are primed for short squeezes. There’s no question that 2021 was the year of the short squeeze. Groups…
Listen now to WTOP News WTOP.com | Alexa | Google Home | WTOP App | 103.5 FM

These stocks are primed for short squeezes.

There’s no question that 2021 was the year of the short squeeze. Groups of online traders on Reddit and other social media platforms repeatedly orchestrated targeted buying campaigns in an attempt to trigger massive short squeezes in some of the market’s most heavily shorted stocks. A short squeeze is a large, short-term spike in a stock’s share price generated when a significant number of short sellers are forced to exit their positions at once by buying shares of stock. Here are eight companies that could easily be the next huge short squeeze stock, according to market analysis firm Ortex Analytics.

View designs and sells smart windows that reduce energy consumption. The company went public via a merger with a special-purpose acquisition company in March 2021. Since the merger, the stock price has dropped from around $9 to less than $4. View shares understandably took a hit in November when the company said it would have to restate its 2021 financials due to “material errors” in its accounting. Short sellers have subsequently piled into View. Ortex estimates that about 52% of VIEW’s float, or free-trading shares, is now held in short positions, up from just 8% in April 2021.

Apollo Medical is a health care management company that specializes in maximizing the efficiency of physicians, health plans and hospitals. The stock jumped nearly 17% in June 2021 when it was added to the S&P SmallCap 600 index. Ortex previously identified Apollo as a short squeeze candidate in early November, and the stock promptly surged from less than $75 to as high as $133.23 by Nov. 15. Since that time, AMEH shares have pulled back to about $60. Ortex estimates that 49% of the stock’s float is currently held in short positions, making it an excellent candidate for another short squeeze.

Heron Therapeutics specializes in drugs that treat chemotherapy-induced vomiting and surgical pain. Heron shares are down more than 67% over the past three years. Sales of drugs like Cinvanti and Sustol have lagged behind expectations, and the company’s acute pain medication Zynrelef didn’t initially receive as broad of a label as Heron had hoped. Like Apollo Medical, Vortex first identified Heron as a short squeeze candidate in early November 2021. Since that time, the stock’s share price has dropped from around $12 to less than $9, and its short interest has increased from about 42% to 48% of its float.

Tattooed Chef is a plant-based food company that went public via SPAC merger in 2020. The company has reported impressive growth numbers, but it’s struggling with profitability. The stock is down more than 40% in the past year, but Tattooed Chef demonstrated its short squeeze potential when the stock rallied from about $16 to as high as $25.35 in about two weeks starting in late August. The stock has since cooled down, but its short interest has risen from just 6.2% of its float in February 2021 to about 39% today, setting the table for a potential short squeeze.

Blink Charging owns and operates electric vehicle charging equipment. Blink captured short sellers’ attention when Citron Research editor and prominent short seller Andrew Left called Blink a “total scheme” and a “joke” in November 2020. Since Left went public with his bearish thesis, Blink’s short interest has grown from about 12.7% of its float to about 37% of its float. Since Ortex named Blink a top short squeeze candidate in September 2021, the stock climbed from less than $28 in early October to as high as $49 in November before pulling back to less than $25 in early January 2022.

Vertex Energy is a specialty petroleum products refiner. The stock is up more than 450% in the past year, and a large part of that gain happened after the company announced the $75 million purchase of a Mobile, Alabama, chemical refinery from Royal Dutch Shell PLC (RDS.A) in May 2021. Vertex said the refinery has potential to generate at least $3 billion in annual sales starting in 2023. Short sellers appear skeptical of the deal. Since the Mobile acquisition announcement, Vertex’s short position has increased from about 5% to about 39% of its float.

Gogo specializes in internet connectivity in the aviation industry. Gogo shares have been under pressure since early November, even after the company reported yet another quarter of impressive growth numbers and raised its full-year earnings and revenue guidance. Unfortunately, the near-term outlook for global business travel is much more uncertain thanks to the omicron COVID-19 variant, which may have emboldened Gogo short sellers. Since Ortex first highlighted Gogo as a short squeeze candidate back in October, the stock is down 20%, but its short interest rose from about 32% to about 37% of its float.

Cassava Sciences is a biotech stock developing potential Alzheimer’s disease treatment simufilam. Cassava has reported encouraging data on simufilam, but according to The Wall Street Journal, the Securities and Exchange Commission is investigating the company over claims that it manipulated research data related to the drug. The stock gained about 49% on Nov. 4 after the Journal of Neuroscience said it found no evidence of data manipulation in a 2012 paper that Cassava says was “foundational” to simufilam. Ortex Analytics named Cassava one of its top short squeeze candidates of October 2021, and the stock jumped from less than $45 to as high as $100 in early November. Shares are back down to about $47 today. SAVA’s short interest is about 37% of its float, according to Ortex.

Short squeeze stocks that could take off:

8 Short Squeeze Stocks That Could Take Off in January originally appeared on usnews.com 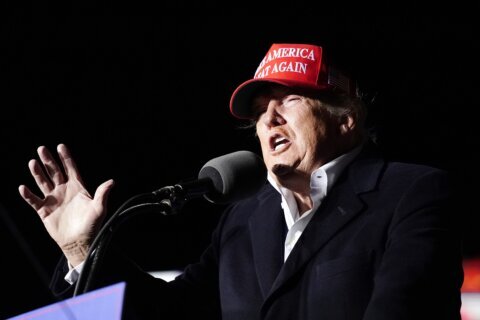