REMEMBERING TYRE NICHOLS: Up to 20 hours of footage to be released | Calls for police reform at funeral | Nichols remembered as 'creative eye' | Local protestors react
Home » Latest News » Get a sneak peek…

Get a sneak peek at the zoo of the future (Photos)

If the new plans for Givskud Zoo in Denmark are carried out, visitors may be able to walk among the animals from three continents on a four-kilometer stroll.
Listen now to WTOP News WTOP.com | Alexa | Google Home | WTOP App | 103.5 FM
(1/5) 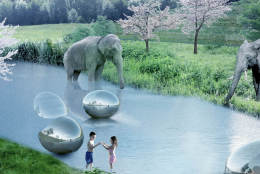 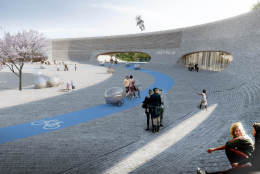 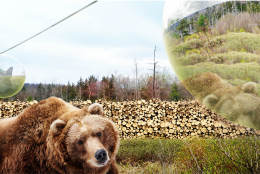 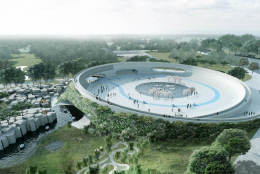 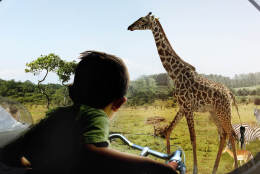 WASHINGTON — Humans might be able to walk among animals from three continents on a two-and-a-half mile stroll if the new plans for a zoo in Denmark are carried out.

It sounds like a classic idea — take a walk and observe the animals — but the ambitious new plans for Givskud Zoo, released by ArchDaily, take it one step further.

Nothing will separate visitors from animals in the enclosures, and a massive stone bowl will rest at the park’s center, providing observation points and access to the zoo’s trails.

The plans are extremely new, released by Danish architects BIG only last week. As they put it, the dream is “to create the best possible and freest possible environment for our animals’ lives and relationship with each other and visitors.”

Its design is novel, but it doesn’t necessarily dictate how similar zoos will transform in the future.

Zoos in the U.S. seem to have a different sort of trajectory. The Smithsonian National Zoo — which closed its popular invertebrate exhibit last June — released a five-year strategic plan that hopes to, among other things, increase engagement opportunities and also have more multi-species exhibits.

More specifically, the zoo — like others — wants to leverage its collections and new animal births for visitors to continue attending the zoo, either on site or online.

There is also room for more “meet-the-species” type exhibits briefly mentioned in the plan, such as meeting a Kiwi.

Last year, the National Zoo had two million visitors; through June, it’s already had 1.3 million visitors. Though other zoos near the District, such as the Virginia Zoo, in Norfolk, and the Maryland Zoo, in Baltimore, have also boasted successful visitor numbers from new exhibits.

The Givskud Zoo’s design spans almost 300 acres, and visitors will be able to access the animals’ spaces by bridges, tunnels and ramps.

The architects are also playing with kooky ways to hide the humans from the animals on the trek through the enclosures — such as large mirrored spheres hanging from wires and shielding bikes as visitors cycle through the zoo.

The Danish press has heralded the plans as an example of the “future of zoos” — the plans are part of a mass overhaul to revamp the zoo, the first phase of which is expected to be completed by 2019.

While it’s certainly unique, Givskud Zoo’s design is not the first to experiment with classic human-animal zoo interactions and layout.

In 2009, architects submitted proposals for a Buenos Aires Vertical Zoo competition, which sought a sculptural proposal for a tower to house thousands of birds in the city.

At the San Diego Zoo, visitors can camp out on the safari at night, which overlooks the zoo’s African Plains field exhibit, housing animals such as rhinos, gazelles and giraffes.

On some online forums, some zoo enthusiasts have criticized the Danish plan.

“I like the idea of being less invasive in a zoo to allow animals to express more natural behaviors. However, the mirrors are comical. How do they figure animals wouldn’t be able to notice mirrored bikes and mirrored gondolas moving around,” one commentator wrote on the online forum Zoochat. “How serious is this concept anyway?”

At least from the proposal, the plans are serious — but they’re still far from fruition.