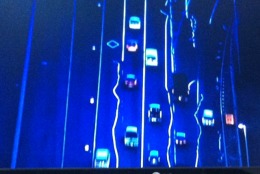 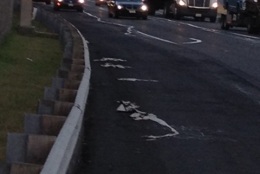 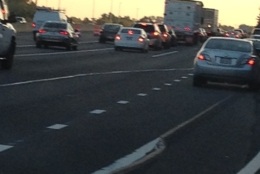 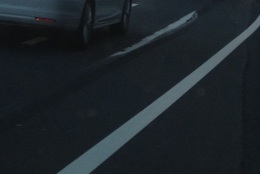 On Monday, bad roadway lane striping could be spotted along the eastbound lanes at Route 29 in Centreville, Virginia. The striping led drivers to follow crooked, curvy lines.

The line striping problems stretched from Gainesville to Centreville.

Crews repaired the pavement markings through Tuesday morning and all lanes reopened by about 5 a.m. Tuesday.

Joan Morris, public affairs director at the Virginia Department of Transportation, had hoped to have the lane striping repaired after Monday’s rush hour.

“We apologize profusely to all the motorists who have been negotiating the very unsafe and messed up lanes right around Centreville on 66,” Morris says.

The bad lane striping occurred after crews put down temporary tape striping, which peeled up and moved the lines, Morris says.

VDOT is looking into what caused the striping to peel up and move.

The lane striping didn’t cause any major delays or crashes.

“We apologize for contributing to a lousy Monday morning on 66,” Morris says.

Also on Monday, in Arlington, another striping issue caused some delays for commuters. There were no stripes on the road on eastbound Route 50 after Pershing Drive.