Holidays: 'Enchant' shines with millions of lights in Nats Park | Where to see holiday lights | Send in photos of decorations | How to give greener this season
Home » Latest News » Arlington has a ball…

Arlington has a ball at Testicle Festival 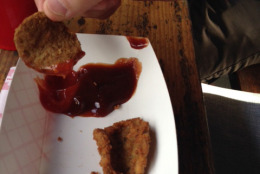 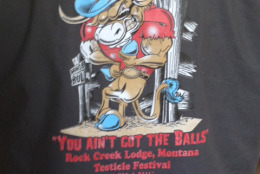 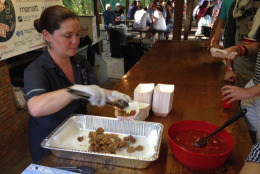 ARLINGTON, Virginia — Hundreds of people came to the American Legion on Saturday evening for the 10th Annual Testy Fest, also known as the Testicle Festival.

Just what you think it is.

It celebrates Rocky Mountain Oysters, also known as bull testicles. Depending on who you ask, they taste like something between fried chicken and a fried pickle.

“A Rocky Mountain Oyster, I like to say, is sort of the chicken of the sea of Montana. It’s not exactly a chicken, if you know what I mean. But it looks like a chicken nugget,” Jane Leffingwell, president of the Montana State’s Society.

Many of those who attended have been to the event before.

“I come for the atmosphere, the good vibes and obviously the balls,” says Katie Gage.

“Everybody has been asking me, ‘Why would you put a bull’s testicle in your mouth?’ I’m the type of the person who wants to try everything once and it wasn’t that bad, so I keep coming back for more,” says Dave. “Once you get over what you’re putting in your mouth, it actually tastes pretty good.”

“I’m pretty ballsy as it is. I’ve had lamb balls before in Texas, so this wasn’t much of a stretch, shall we say,” says Clark.

His friend, Sterling, has been coming for three years.

Chef Frank McGraw has been cooking testicles for seven years. He says when he moved to Montana from Massachusetts he had never heard of Rocky Mountain Oysters, much less imagined he’d open a restaurant serving them. He was wearing a shirt that said, “You Ain’t Got the Balls.”

“When they come to us, it’s a full testicle. They’re about a pound to a pound and a half each. We have to peel the membrane, then we put them on a meat slicer. You have to hand-bread them, then freeze them to shrink them. Then you fry them up,” says McGraw.

He also cooks for the Testicle Festival in Montana that which draws 8,000 people to eat 500 to 600 pounds of testicles for the event.