Investigators say a convicted sex offender was seen at Wheaton Plaza the day Sheila and Katherine Lyon went missing in 1975 and he may have had contact with the girls. The information is a major break in the long unsolved case.
(1/5) 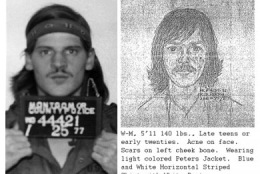 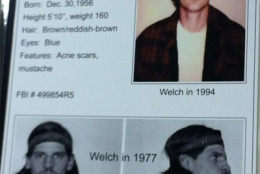 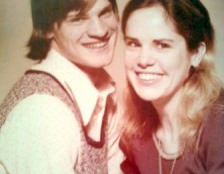 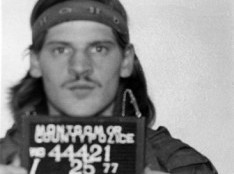 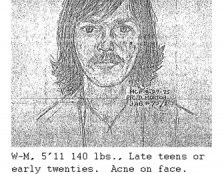 Editor’s Note: The Lyon family released a statement regarding the developments in the sisters’ disappearance. Read the full statement here.

WASHINGTON – Police investigating the 1975 disappearance of sisters Sheila and Katherine Lyon say they have identified a convicted sex offender as a person of interest in the long-unsolved case that rattled Montgomery County.

Lloyd Lee Welch Jr., now 57, traveled extensively across the country throughout the ’70s, ’80s and ’90s and has multiple convictions for child sex offenses. And investigators believe cases in other states could help provide more clues about what happened to the Lyon sisters.

The sisters, 12-year-old Sheila and her 10-year-old sister Katherine, disappeared in March 1975 after heading to the Wheaton Plaza, now known as Westfield Wheaton Mall. They were never seen again.

Montgomery County police say Welch was at Wheaton Plaza the day the girls went missing. He may have had contact with the girls and was “observed paying attention to the Lyon sisters while at the plaza,” says Montgomery County Police Chief Tom Manger.

Welch’s sex offenses often involved young girls and includes convictions in Virginia and South Carolina. He has been incarcerated since 1997 in Delaware for a similar offense, Manger says.

Welch worked as a ride operator for a carnival that frequently set up next to shopping centers. He was often accompanied by his girlfriend, Helen Craver. Craver, who was also known as Helon Welcho, also worked for the carnival and has since died.

Police are seeking details about Welch, Craver and any security guards who worked at the mall at the time the girls went missing – specifically a captain who may have had contact with Welch.

No detail is too small, says Steve Vogt, the special agent in charge of the FBI field office in Baltimore.

Investigators have identified two dozen locations where Welch lived or visited between 1974 and 1997.

Anyone who had contact with Welch or Craver during that time period is asked to contact the FBI, which has set up a hotline at 1-800-CALL-FBI to accept tips related to the case. Agents across the country are prepared to track down any leads related to Welch, Vogt says.

Welch was not initially a suspect in the Lyon case and his name only popped up recently, Manger says. He would not elaborate on what led investigators to Welch, who was once arrested on a burglary charge for breaking into a home near the Wheaton Plaza.

Investigators released a list of past locations related to Lloyd Welch. Anyone with information about Welch or Helen Craver is asked to call 1-800-CALL-FBI or visit http://tips.fbi.gov to submit a tip.

Police describe Welch as a drifter who frequently stayed in hotels and homeless shelters. Originally from the D.C. area, Welch was known to hitchhike around the region and to walk along railroad tracks from Kensington to Silver Spring. He was known to spend time in the Silver Spring and Wheaton areas and had some connection or had been seen near the old Walter Reed Annex at Forest Glen and Seminary roads, Manger says.

A mug shot of Welch taken in 1977 resembles a sketch drawn based on statements from a witness, who saw a man who followed or had some contact with the sisters, Manger says.

Despite all of these details, police do not have enough evidence to charge Welch. And investigators need more information to fill in the blanks, Manger says.

“Based on his criminal past, his convictions, we believe there may be other cases in these other states, other locations where he was during that time, that we may be able to connect him to. And that’s going to be helpful in terms of us dealing with this case,” Manger says.