The home built on top of a World War I munitions site has been torn down. On Monday, the Army Corps of Engineers starts removing the home\'s foundation, with the \"high probability\" of finding remnants of chemical agents. Full story.
Listen now to WTOP News WTOP.com | Alexa | Google Home | WTOP App | 103.5 FM
(1/10) 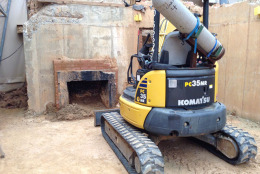 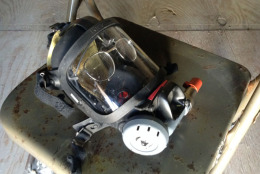 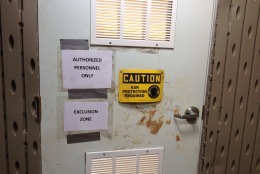 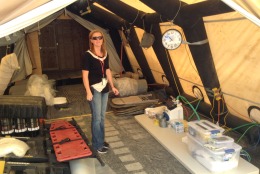 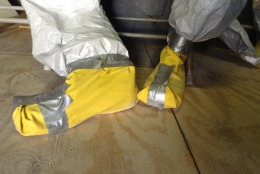 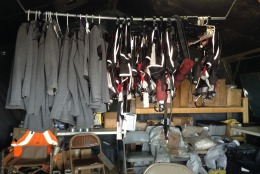 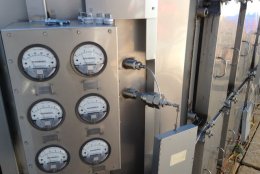 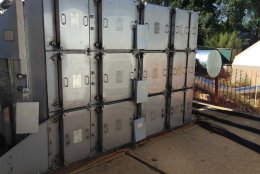 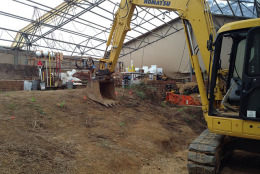 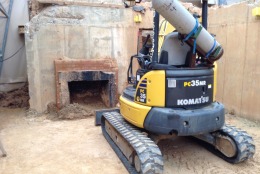 WASHINGTON – A crucial and potentially risky step in the cleanup of a former chemical weapons dumping site near American University begins Monday.

The U.S. Army Corps of Engineers says there is “high probability” it will discover more debris at the former American University Experiment Station, where the Army tested chemical weapons during World War I.

The home at 4825 Glenbrook Rd. NW, which was built on the site, was removed late last year.

“That’s the phase of the operation during which we would anticipate discovering debris from the American University Experiment Station,” says Brenda Barber, project manager for the Army Corps of Engineers Spring Valley cleanup.

Previous digging and research indicate the likely presence of mustard gas and lewisite – an arsenic-containing blister agent – under the former home.

“The reason we decided to remove the house is we did see scattered debris around the property and we do have some concerns that there may be additional debris underneath the foundation and the floor of the home,” says Barber.

A huge tent-like structure, called an engineering control structure, now covers much of the property.

On Monday, crews in hazmat gear and breathing apparatus will use an excavator to skim onion-skin-thick layers of dirt.

If crews discover debris, they will switch to shovels to minimize the risk of disrupting any glassware or debris they may find.

“We have a chemical agent filtration system that will keep the engineering control structure under negative pressure at all times,” says Barber.

With near-real-time air monitoring for chemical agents and industrial compounds, Barber says preparations have been made to ensure the neighborhood is safe.

“If there is a release under the engineering control structure it will be confined to the treatment system, and there will be no release to the public,” says Barber.

Barber says neighbors have been advised of a shelter-in-place program, which would involve sirens and phone calls. An ambulance will be on location during cleanup hours.

Since 2000, the Corps has removed more than 500 munitions, 400 pounds of laboratory glassware and 100 tons of contaminated soil from the site.

The former owner of the home filed a federal lawsuit , claiming family members got sick from chemicals buried beneath the home. The family’s attorney says the symptoms disappeared after the family left the home.

A federal judge dismissed the suit in 2003, and a federal appeals court affirmed the dismissal.

A recent Johns Hopkins University study found residents in the neighborhood are healthier than the nation overall. Some neighbors challenged the findings, since they referred to the entire ZIP code, rather than just homes built on the testing site.

The Army Corps says it expects to finish the project by the end of 2014, restoring it to residential standards.