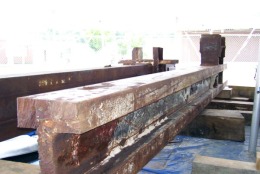 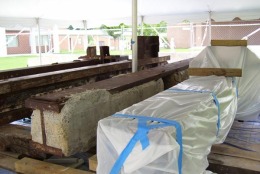 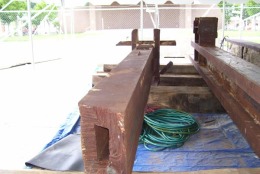 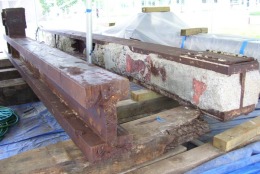 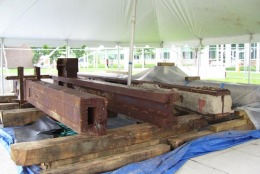 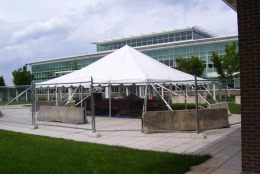 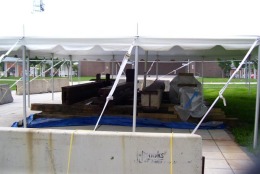 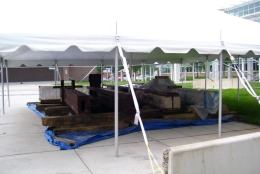 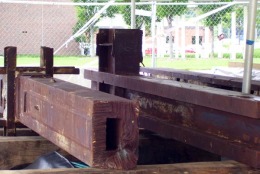 WOODBRIDGE, Va. – A new Sept. 11 memorial made with parts of the World Trade Center wreckage is set to be unveiled in Prince William County in less than a month.

But the memorial still needs to be put together. Its construction begins Monday, Aug. 19 and the memorial will be unveiled on Sept. 11.

Using four steel beams from the towers, the World Trade Center monument will be located near the 9/11 Liberty Memorial already at the Prince William County Government Complex. The beams range from 18 feet to 23 feet and together it weighs about 60,000 pounds.

The design of the monument will allow people to walk under it.

“People are going to walk through it, people walk underneath it. It has concrete. So we really had to design it in such a way so that it was safe,” says Brendon Hanafin, historic preservation chief for Prince William County.

Architectural Preservation Services in Baltimore spent several weeks preparing the beams. Now that they are ready and preserved, Hanafin says construction can start.

“The plan for the World Trade Center memorial is to erect these four pieces as they might have looked when they fell,” says Hanafin, noting that three of the beams will be tied together at the top.