300 gather in D.C. for Super Bowl of online gaming

It\'s like watching the Super Bowl at a local bar. But instead, this is all about online gamers and the global phenomenon is just starting to take off in the U.S.
Listen now to WTOP News WTOP.com | Alexa | Google Home | WTOP App | 103.5 FM
(1/8) 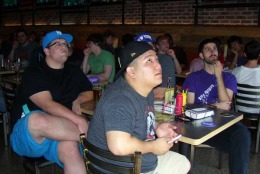 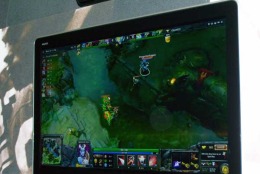 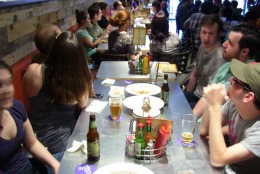 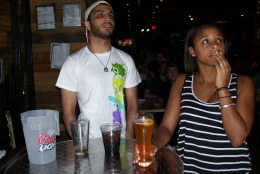 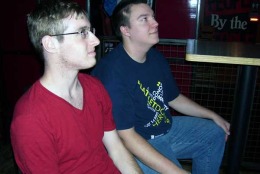 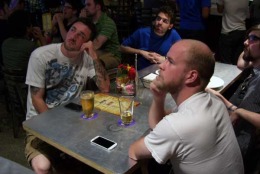 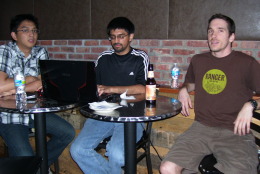 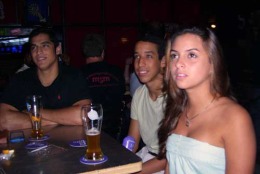 WASHINGTON – It’s like watching the Super Bowl at a local bar. But instead, this is all about online gamers and the global phenomenon is just starting to take off in the U.S.

Around the world, nearly 20 million people watched an international online gaming competition Saturday. In Sweden, they actually watched it on regular TV.

But at Public Bar in Northwest D.C.’s Tenleytown, about 300 gamers gathered for the event.

Deric Ortiz made it happen. He’s president of One Nation of Gamers, a company that brings gamers together in North America to watch their favorite competitive video games at bars. Just like they’d gather for a Washington Nationals game or the Super Bowl.

But this is serious business with nearly $3 million up for grabs.

“You’re basically seeing the world’s best gamers compete and slug it out. In this case, for 2.9 million bucks,” Ortiz says.

Gamer Jacob Sweeny says the winner has a lot to gain.

“$1.4 [million] for the winner of first place and no small chump change for the second and third place either,” Sweeny says.

Ortiz says he’s been putting the events together for the past two years in D.C. and other cities across the U.S. They’re called pubstomps or barcrafts because gamers gather in bars or other public spaces.

Sitting outside Public Bar having a drink, Catherine Gellatly and a friend had no idea the bar was packed with gamers watching an international gaming championship and cheering for their team.

“I have never heard of this before,” Gellatly says. “My little brother plays a lot of video games. But I never imagined that someone would watch it on television for fun.”

Vacationing from Florida, Bridget O’Leary watched the gaming competition with her 13-year-old son.

“It is a sporting event. And as they’re showing the gaming on TV, it’s just like sporting announcers calling play-by-play,” O’Leary says.

While pubstomp and barcraft might not be a household name yet, Ortriz says to just give it a few years. 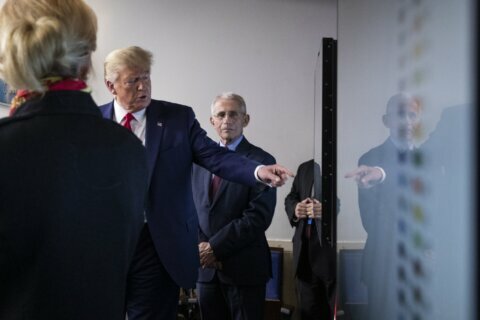