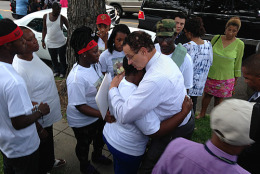 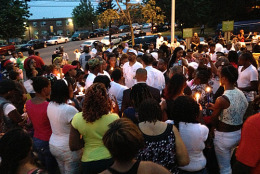 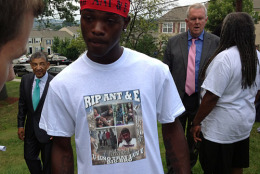 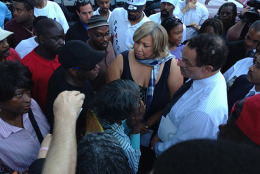 The deaths happened in just the last week.

Later, both were shot and killed and police have no suspects.

The shooting happened in the 5300 block of East Capitol Street NE.

Jamie Jenkins’ friend Kevin Malone says she was a talented young woman who used to sing and rap in his go-go group KKG.

“I said ‘come on to my practice and I’m going to put you on the mic,’ and we’ve been together ever since. She could rap. She could rap. Most of it was about getting out of the ghetto.”

Malone, who says he’s known Jamie for eight or nine years, called her “my angel”.

“She just gave you that energy about life. Every time something was bad, she’d hug you and say, ‘Oh, God don’t want it to be that way. You know it’s going to get better.’ I don’t care what the situation was, she had a way of cheering you up.”

A vigil for the brother and sister was held in the 300 block of Ridge Road in Southeast, where two other young people were gunned down Wednesday: 19-year-old Anthony Chase, and 27-year-old Eric Leeper.

Relatives of all four attended, some wearing tribute T-shirts with the faces of their lost loved ones on them.

Mayor Vincent Gray had a message for the mourning crowd.

“We have got to start feeling like giving up information is the right thing to do. We’ve got too many people who think you’re a snitch if you give up information. You’re not a snitch, you’re protecting your community,” the Mayor said through a megaphone.

“It would be wonderful if we had national policies on guns. We have some of the strongest gun control laws in the nation right here in this city, and when you trace some of these guns they’re coming from other jurisdictions. We need the Congress to step up. I thought in the wake of Sandy Hook that we would see some efforts made around background checks, the effort to ban assault weapons, that there would be something that would be done to move the ball down the field,” said Gray.

“I want people to know that this is a city that…has leadership that cares,” he added.

Councilman Tommy Wells and Councilwoman Yvette Alexander also attended the vigil and spoke to the crowd. Wells is running for Mayor.

The Metropolitan Police Department is offering a reward of up to $25,000 for information leading to the arrest and conviction of someone wanted for any murder in the city.

Anyone with information is asked to call police at 202-727-9099, or provide information anonymously through the departments text tip line by texting 50411.