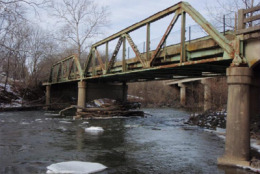 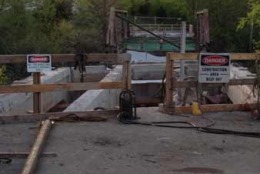 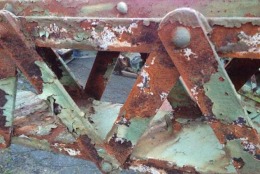 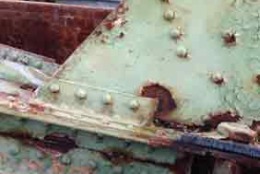 LEESBURG, Va. — After decades of debate, the long-abandoned bridge that carried Leesburg Pike traffic when Route 7 was a two-lane road is being demolished.

The 1932 steel truss bridge over Goose Creek, adjacent to Goose Creek Country Club, has been visible from the heavily-traveled Route 7, which was widened and realigned in the 1980s.

Loudoun County acquired the bridge from the Virginia Department of Transportation in 1992, and has used it as a scenic overlook for visitors and hikers at the Keep Loudoun Beautiful Park, according to Jennifer McCord of VDOT.

The county considered refurbishing the bridge for other uses, but eventually decided to demolish it.

In the first day of demolition, crews removed approximately half the bridge in pieces, cutting it into large heavy segments.

Early Thursday morning, a heavy-duty crane lifted the steel onto a U-shaped dump truck bed. A supervisor with Shirley Contracting Company, which is doing the demolition, says the steel will be recycled.

Starting Thursday, two of three eastbound lanes of Route 7 will be closed from 10 p.m. to 5 a.m. as crews and heavy equipment will remove the rest of the bridge.