A stroll through Northern Virginia\'s Old Town Alexandria often entails a walk along the waterfront, a historic tour along the uneven brick sidewalks or a visit to a nearby cafe. And if you\'re lucky, a run-in with Miss United States.
Listen now to WTOP News WTOP.com | Alexa | Google Home | WTOP App | 103.5 FM
(1/15) 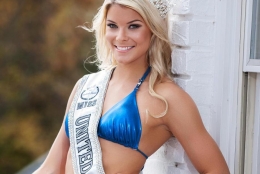 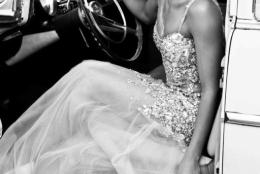 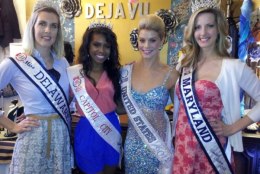 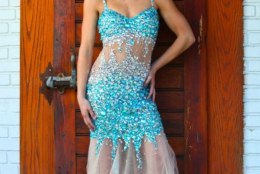 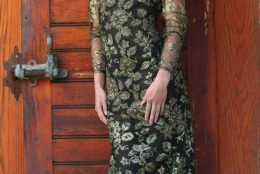 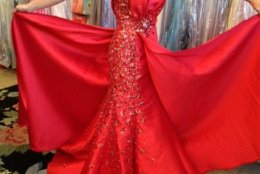 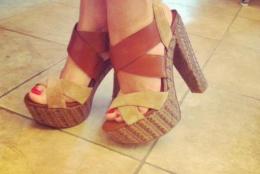 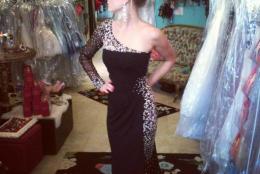 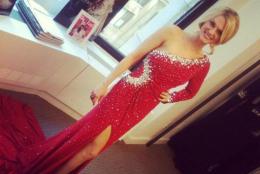 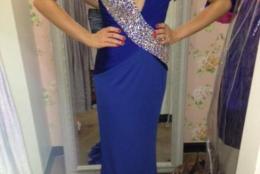 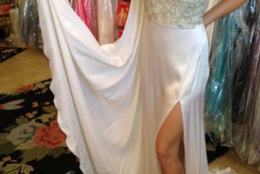 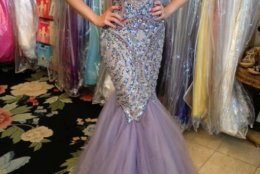 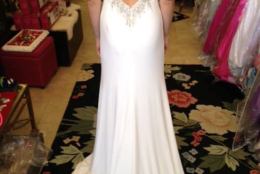 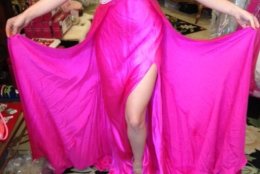 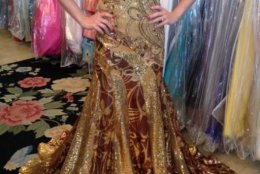 A stroll through Northern Virginia’s Old Town Alexandria often entails a walk along the waterfront, a historic tour along the uneven brick sidewalks or a visit to a nearby cafe.

And if you’re lucky, a run-in with Miss United States.

National winner and 23-year-old Whitney Miller is a 5-foot-4-inch blonde Texan. She recently visited Deja Vu, a specialty dress store in the middle of the town’s gridded streets.

From the front, the store is small and unassuming. But inside the 1,300-square- foot space at 1314 King St., the walls are filled with shoes, accessories and dresses in every color, shape and style.

“I would love to have a store like this near me,” says Miller, who lives in Austin.

Deja Vu isn’t just for pageant contestants looking for an outfit. The store is also frequented by local news anchors and students looking for the perfect prom or formal dress, says Joanne Sapp, owner and company president of Deja Vu.

“We have celebrities coming in all the time because we have such a high caliber kind of dress,” Sapp says. “These are different; these are specific companies that make just specific types of dresses.”

The store has a parent store — Deja Vu Boutique — in Mount Airy, Md., which is three times the size of the Alexandria store. Dresses at both locations start at about $250 and go up to $5,000. However, the store also has a sale section.

“We have a huge selection of discounted dresses,” Sapp says. “Not everybody can afford a $600 dress.”

For its clientele, the store sponsors the “Prom Promise.” It keeps a registry of the dresses customers purchase and the event they are attending.

“We promise not to sell your dress to anyone else going to your event,” Sapp explains.

Deja Vu makes custom dresses and carries a variety of styles, from the mermaid cut to ’60s designs.

“They have everything there,” says Angeli Gabriel, an American University student who recently purchased a dress from Deja Vu for the school’s ball. “From evening gowns to formal dresses to fully decked-out and sequenced pageant dresses — they’re about as heavy as fat cats cause they’re dripping in jewels.”

“It’s a one-stop shop,” Miller says. “You can get shoes, jewelry, your dress and then you’re ready to go for whatever it is.”

Miller is the reigning 2012 Miss United States and was also awarded Miss Texas United States, winning the award for Miss Swimsuit. She was on the East Coast for 23 days this spring and during that tour, on April 6, she visited Deja Vu.

During a “vintage” photo shoot, Miller tried on a number of dresses, ranging from cocktail-style dresses to designs by Mac Duggal and Jovani.

“It was perfect,” says Miller, describing the photo shoot. “I felt like I was playing dress up.”

One of the dresses she picked out was a turquoise Jovani dress that she wore the next day to the Miss Virginia United States pageant on April 7.

“The No. 1 thing is that you have to feel comfortable in it,” she says.

“I’ll get my national dress when I hand over the crown in July from them,” she says, referring to the national pageant July 2-8.

Dustin Johnson emerges from a pack to lead PGA Championship