Number of tickets from red light cameras increases in D.C.

Cameras propped on top of red lights in D.C. are leading to citations for scores of drivers.

WASHINGTON – Cameras propped on top of red lights in D.C. are leading to citations for scores of drivers.

New figures from AAA Mid-Atlantic show that a record number of tickets stemming from red light cameras were given out in 2012. There were more than 91,000 such citations, totaling about $13 million.

That shatters the old record by about 14,000 tickets.

Drivers are cited not only for speeding through red lights, but also for failing to completely stop while turning right.

The most lucrative camera is at 4th Street and New York Avenue in Northwest D.C., where more than 5,000 tickets were recorded.

Drivers are also being hit by other major fines in D.C. The District took in $72 million from speed cameras and $92 million from parking tickets last year. 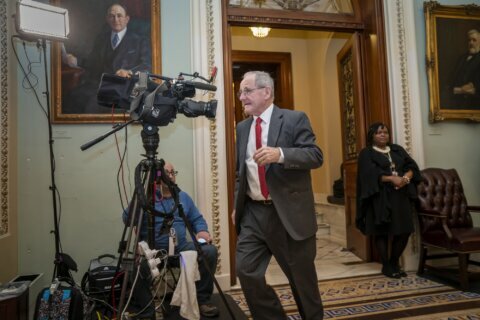