Former NBA star and Olympian Adrian Dantley is spending his time off the court, out of the gym and in the middle of the street as a crossing guard for Montgomery County Public Schools.
Listen now to WTOP News WTOP.com | Alexa | Google Home | WTOP App | 103.5 FM
(1/5) 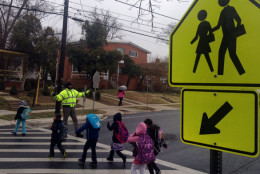 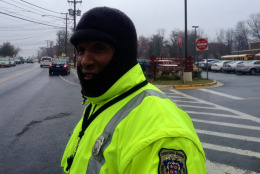 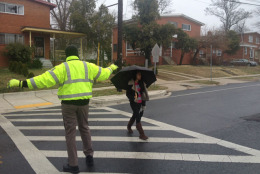 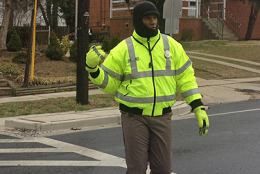 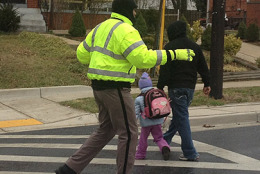 SILVER SPRING, Md. – Former NBA star and Olympian Adrian Dantley is spending his time off the court, out of the gym and in the middle of the street as a crossing guard for Montgomery County Public Schools.

Dantley, who grew up in the area and played for DeMatha High School and Notre Dame before going pro, says he realizes it’s an unexpected choice.

“All I do is work out and lift weights all the time. I was in the weight room and a couple guys were talking saying, ‘Man, I tell you what’s a good job? A couple of my friends’ wives they’re crossing guards.’ So I heard them and I said, ‘That’s something I want to do,'” Dantley says.

He works an hour a day at Eastern Middle School and New Hampshire Estates Elementary School in Silver Spring, Md.

Dantley spent most of his career with the Utah Jazz and the Detroit Pistons before working as a coach for the Denver Nuggets. He led the U.S. team in scoring in the 1976 Montreal Olympics.

When he started in September 2012, some of the children’s parents recognized the 6-foot-5-inch crossing guard.

“It’s pretty fun, especially with the little ones,” Dantley says.

“I just give them a high-five, talk to them a little bit, encourage them, that’s it,” Dantley says.

He plans on staying in the job for the next 20 years.

“I could sit around the house. I could do that, I don’t want to do that,” he says.

Dantley says he took the job for the health care benefits and to have something to do. He says he doesn’t need the $14,685.50 annual salary, as listed in the Montgomery County civil service records.