Thousands rally on National Mall for action on climate change 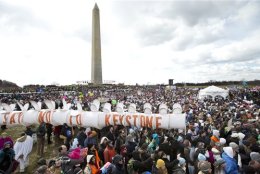 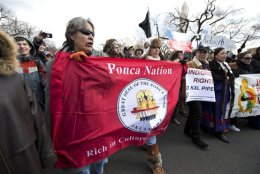 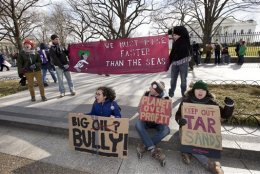 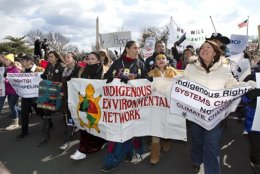 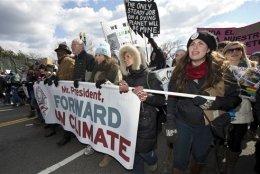 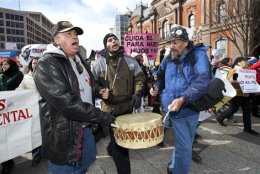 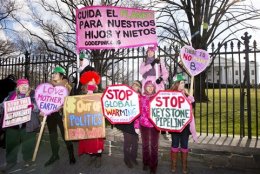 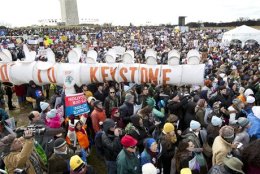 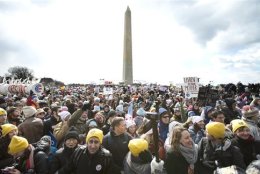 WASHINGTON – The Washington Monument served as the backdrop as thousands rallied on the National Mall Sunday afternoon to urge President Obama and Congress to pass climate change legislation.

According to organizers, the Forward for Climate rally was the largest rally in history devoted to the issue.

Protesters voiced their flat-out rejection of the construction of the Keystone XL Pipeline.

Environmental activist Bill McKibben, who’s 1989 book “The End of Nature” is considered the first of its kind on climate change, says he wants to see the president take a stand against the pipeline being built.

“The most fateful battle in human history is finally joined, and we will fight it together,” McKibben said on stage as he addressed the crowd.

Megan MiRaglia dressed as a whooping crane, with wings made of white cardboard and white feathers with black tips, and a two-foot tall headdress in the shape of the crane’s neck and face, to protest against the pipeline.

“The whooping crane as well as other animals and our own families and farms are going to be threatened,” she says.

The proposed pipeline would transport oil from Canada, through nation’s mid-section, down to the Gulf Coast.

Opponents to the pipeline say it would carry oil that contributes to climate change, and worry about the possibility of a spill.

Many business and labor groups support the 1,700-mile pipeline as a source of jobs and a step toward North American energy independence.

Obama has called climate change a serious threat and in his State of the Union speech Tuesday night urged Congress to combat the phenomenon. If Congress fails to act, he will use executive authority to take steps to cut greenhouse gas pollution and encourage increased use of cleaner sources of energy, Obama said.

Obama has twice thwarted the Keystone XL pipeline because of concerns over its route through sensitive land in Nebraska, but has not indicated how he will decide on the pipeline now that Nebraska’s governor has approved a new route. The State Department has authority over the project, because it crosses an international border, but most observers expect Obama to make the final decision.

Sen. Sheldon Whitehouse, D-RI, says the President has found his voice when it comes to climate change, and he’s looking forward to working with the administration on the issue.

“We are going to help Barack Obama win this fight, and make this right,” Whitehouse says.

“I want him to be the president we can be proud of, that will go down in history as the president who stood up to the fossil fuel industry,” Lareaux says.

Van Jones, who served as the green jobs adviser in the Obama administration in 2009, says if action is to be taken on climate change, people must continue to put pressure on the president and Congress.

“You gave him the chance to make history, he needs to give you the change to have a future,” Jones said in his remarks.