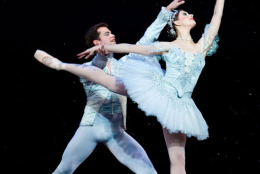 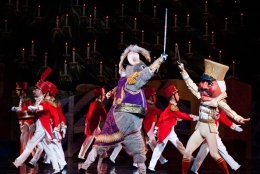 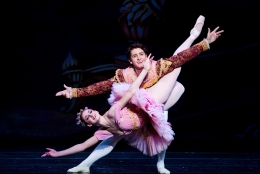 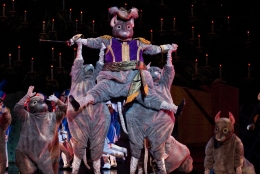 WASHINGTON – A few weeks after its season opening, Salt Lake City’s Ballet West is making a mid-season shift to the East Coast to perform “The Nutcracker” at the Kennedy Center.

The Utah dance company’s production is America’s oldest full-length ballet and was lauded as the best “Nutcracker” in the United States in 2010 by The New York Times.

This season marks the first time Ballet West will perform “The Nutcracker” in Washington. Ballet West artistic director Adam Sklute says he suspects the glowing Times review of their “Nutcracker” captured the Kennedy Center’s attention and spurred an invitation to perform.

Logistically, packing up a ballet midseason and shipping it east presents a challenge. The company timed every step of the transition and worked closely with “The Nutcracker’s” show designer to move it effectively without losing any of its charm.

Four casts will perform in Washington, and the production features 75 children who perform alongside the company’s adult dancers. For the shows in D.C., Sklute worked with a local ballet teacher to choose children for the roles and teach them the steps. All but two children in the Ballet West shows at the Kennedy Center are from the D.C. area.

The company traveled east Tuesday and starts performing Wednesday, leaving time for only one full dress rehearsal onstage and a few smaller run-throughs.

Sklute and the show’s production director have danced and worked at the Kennedy Center before, which gives them an advantage. The sets, costumes and other show materials were shipped to D.C. in advance, with Sklute praying that the trucks wouldn’t be hindered by unexpected weather conditions.

Despite extensive rehearsals in Salt Lake City, dancers are fretting about the short turn-around.

“I can’t talk myself down from it,” says Christiana Bennett, Ballet West’s principal artist who has played the role of the Sugar Plum Fairy since 2000. “That’s the one thing that I’m really nervous about, but I’m very lucky. I’ve been dancing with my partner for years, and years and years now, so I have that comfort level going with me.”

Bennett has danced in D.C. before, but she says any disruption of a dancer’s meticulously crafted daily routine can be nerve-wracking.

The production is based on a version created by Willam Christensen for the San Francisco Ballet in the early 1940s.

“When he moved back here to Utah and founded Ballet West, he brought his version (with him),” Sklute says.

Bennett says the company’s roots in American ballet’s beginnings remind her how important it is that dancers never forget where they came from. The energy Ballet West brings to the stage reflects the dancers’ passion, she adds.

The history and tradition of “The Nutcracker” is what keeps audiences coming back year after year, Sklute says. Christensen created his production without seeing the original Russian version, so Ballet West’s “Nutcracker” is also unique.

Tom Mattingly, a first soloist in the company, says it is easy to follow the storyline.

“Children can come to the ballet and see