A female Best Buy customer says an employee who promised to transfer her contacts and photos to a newly purchased iPhone burned a CD of her racy photos, and invited her to his home to retrieve them.
Listen now to WTOP News WTOP.com | Alexa | Google Home | WTOP App | 103.5 FM
(1/4) 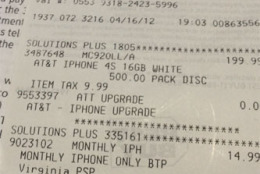 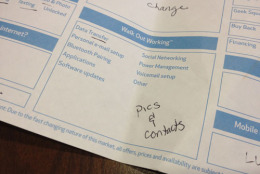 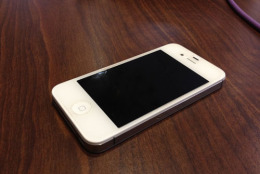 WASHINGTON – A female Best Buy customer says an employee who promised to transfer her contacts and photos to a newly purchased iPhone burned a CD of her racy photos and invited her to his home to retrieve them.

Sophia Ellison says she hired a Geek Squad employee at the Fair Oaks Best Buy, in Fairfax, Va., to transfer her photos, phone numbers and email addresses when she replaced an older iPhone in April.

Ellison says after learning she had not backed up her data on her home computer, the employee offered to buy the iPhone with a cracked screen she was replacing.

She says he paid her $60 out of his own wallet, and promised to wipe clean her older iPhone after transferring the data to her new iPhone 4s.

A day later, she realized her new iPhone 4s didn’t have any of her 900 photos, including suggestive personal photos and a video taken by her young children of themselves, joking after getting out of the shower.

“I felt sick. I felt violated. I felt so embarrassed,” Ellison tells WTOP.

Ellison called the Best Buy to complain, and asked a manager to call her.

Instead, the Geek Squad employee called her, promising to retrieve her photos.

“A few days later, he called back to tell me he’d made a CD at his house with all my photos, and when can I come get them. I could pick them up at his house,” Ellison said.

Ellison hung up the phone.

She’s distraught that someone else has her very personal property.

Ellison told her story in the office of her attorney, Athan Tsimpedes, who is considering filing a civil suit.

Tsimpedes says Ellison hadn’t yet contacted police, but will.

“First and foremost, we apologize to this customer for an unfortunate experience caused by what appears to be rogue action against our code of conduct, specifically related to our trade-in program. We hope to restore her trust,” writes Paula Baldwin, public relations director for Best Buy Services.

Baldwin says the employee has now been fired.

“We can confirm that an employee at this store has been terminated for making a personal transaction with a customer while on duty at the store. We’re continuing our investigation and assure you that we will continue to act promptly to address any inappropriate employee behavior.”

That’s not total solace to Ellison.

“Every day I have to think about, ‘Hmm, I wonder where my face, where my body, where my children, where my memories are in this technology world, and I can only imagine.”