Lots of Occupy D.C. protesters and their tents remain downtown Tuesday, a day after the deadline that made it illegal to camp at Freedom Plaza and McPherson Square.
Listen now to WTOP News WTOP.com | Alexa | Google Home | WTOP App | 103.5 FM
(1/13) 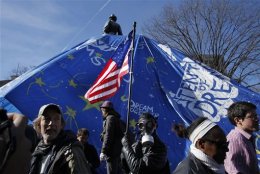 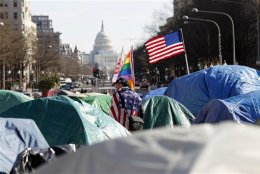 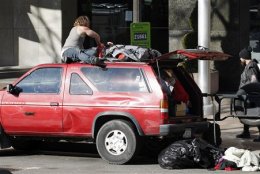 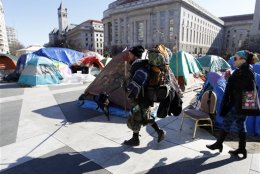 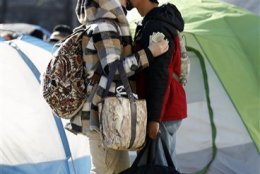 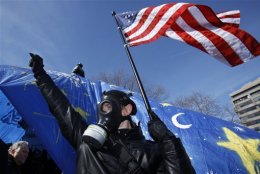 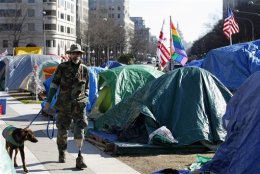 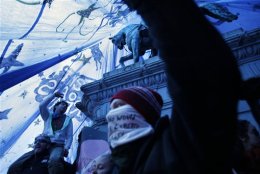 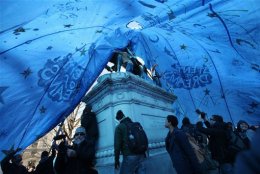 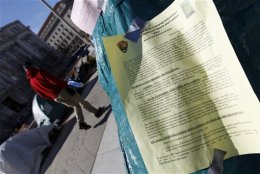 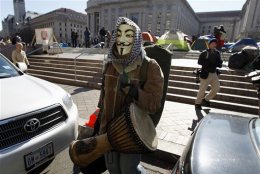 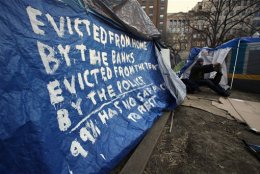 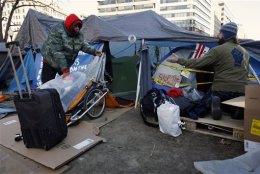 WASHINGTON – Lots of Occupy D.C. protesters and their tents remain downtown Tuesday, a day after the deadline that made it illegal to camp at Freedom Plaza and McPherson Square.

The protesters spent the night awake, in what one protester calls the “tent of dreams” draped over the statue of General McPherson. It’s what the protester tells WTOP’s Neal Augenstein is a final act of defiance.

Sgt. David Schlosser, a Park Police spokesman, said officers had begun enforcing the camping ban Monday by reminding demonstrators of the regulation. He said some demonstrators had already done so, although he didn’t know how many.

He declined to discuss a timeline for eviction, though he said the camping ban pertained not only to sleeping on the grounds but also to possessing bedding materials like blankets.

Some Occupy protesters have been bracing for a possible confrontation since Friday, after learning they had to stop camping.

On Monday, U.S. Park Police did not arrest anyone and enforced no evictions.

Here are some of the things that have been tweeted recently about Occupy D.C.:

The 9:30 a.m. court hearing before a federal judge is part of the lawsuit filed by a protester. Earlier a judge ruled protesters had be be given 24 hours notice before being evicted.

Court records indicate the hearing will address protesters’ concerns about previously-seized items, as well as clarification about items police can seize if a protester is following the anti-camping laws.