In Clifton, Va., 17 horses help rehabilitate wounded warriors and others with disabilities.
(1/7) 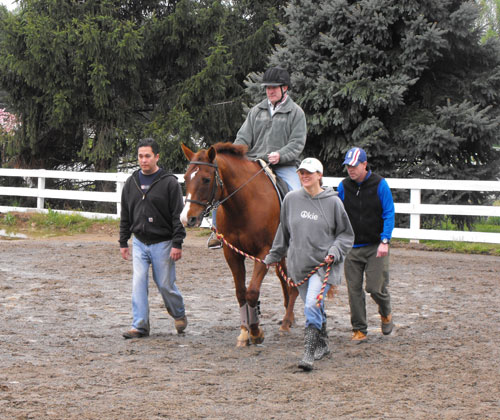 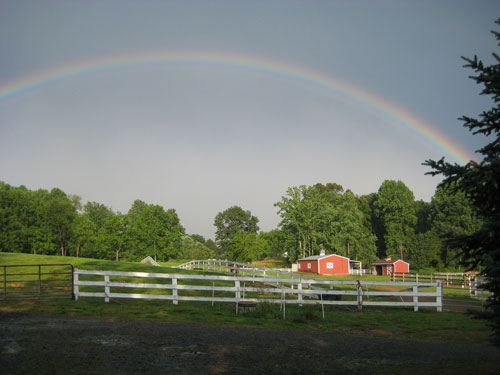 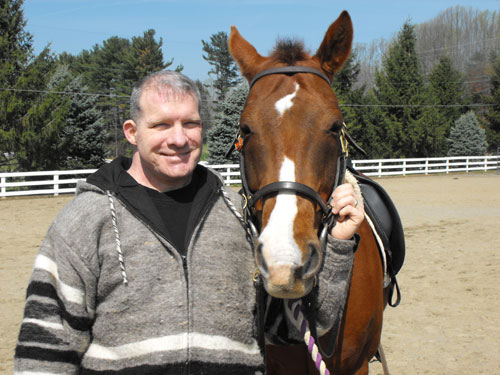 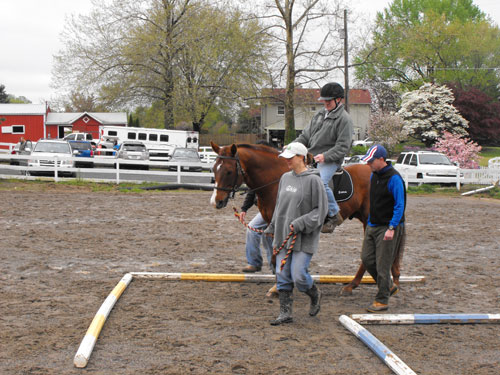 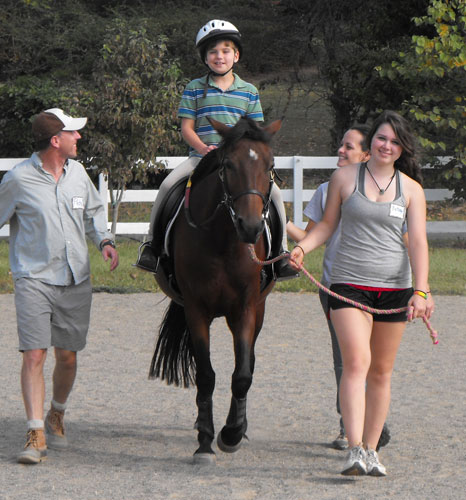 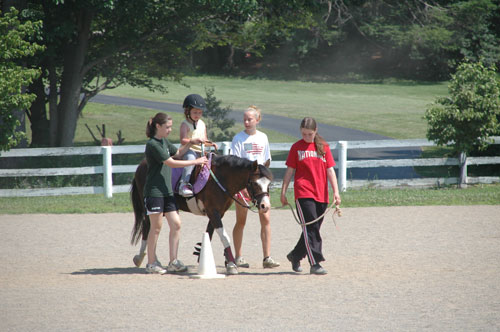 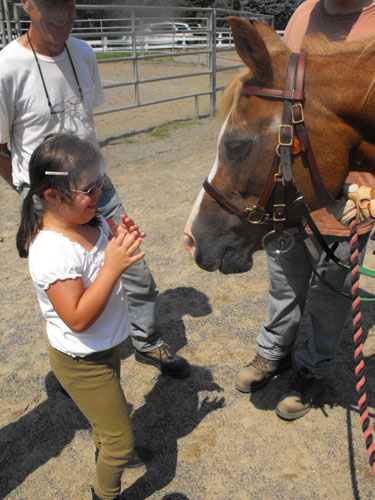 WASHINGTON – Max Brewer can’t pinpoint the exact moment his body began to degrade while serving in Iraq, but the physical rigors of war took their toll and left him partially paralyzed by 2009.

“I was expected to be in a wheelchair for the rest of my life,” the 47-year-old says.

“I’m not the only one. There’s a lot of soldiers who have had issues with their knees, their backs, their hips, because of the equipment.”

Brewer served in Iraq for the entirety of 2005. During that time he suffered nerve damage in his spinal cord that he thinks was exacerbated by unknown pre-existing issues. Although he hoped to remain in active duty after returning home, his condition continued to deteriorate, requiring three major surgeries that left him bedridden for weeks.

Brewer worked exceedingly hard to rehabilitate, he says. But walking and maintaining balance remained challenging. And it was those challenges that led him to Bree Bornhorst — a certified therapeutic riding instructor — and her big, black horse, Booker.

“I tell you, it’s hard to come back,” he says. “When I got on Booker, that really helped stretched the ligaments out. I wouldn’t have been able to move my legs, and I believe riding the horse and getting a natural gait, that broke through some areas that normal physical therapy can’t.”

Booker is one of 17 horses at the Northern Virginia Therapeutic Riding Program, where Bornhorst is the executive director. The program, in its 31st year, specializes in riding lessons for folks with disabilities — not limited to veterans. Children and adults with a full spectrum of physical and emotional challenges pursue rehabilitation and therapy on the backs of animals whose natural gaits mimic that of their own, allowing their muscles to work in a way many say no other form of therapy can.

“There is no doubt in my mind that by doing the elliptical or walking on a treadmill or stretching, no other therapy works like this,” Brewer says. “When you sit on a horse, you kind of become one. You’re kind of walking.”

Initially, the program catered mainly to children and adults with an array of challenges, such as autism, Down syndrome and cerebral palsy. But in 2008, Bornhorst, along with Rhonda VanLowe, the program’s board chair, realized there was a portion of the population they could be serving but weren’t.

“At the height of the conflicts in Iraq and Afghanistan, you’re kind of saying to yourself, ‘What is it that I can contribute? How can I make a difference?'” VanLowe says. “And then, with PTSD (post-traumatic stress disorder), with the amputees, with different kinds of challenges that people are coming back with, it’s just a logical connection for these folks to be in the riding program.”

Riding therapy at NVTRP comes in two forms: therapeutic riding and hippotherapy. The former is a more generalized term that, put simply, means teaching people with disabilities how to ride a horse. This usually involves three or four riders per lesson, which is taught by a specially trained instructor with assistance from any number of volunteers, sometimes three per horse.

Hippotherapy, in which Brewer partakes, is more specialized and involves a physical or occupational therapist working individually with one rider, using the movement of the horse to achieve functional goals. For Brewer, hippotherapy was used to help him learn to walk again.

“When you’re on the horse, you’re gaining trunk control, independence, strength, motor skills, muscle memory, motivation, engagement,” Bornhorst says. “We use all of those things.”

In order to serve returning veterans, the program partnered with the USO, and together they bused groups of veterans to the farm for a weekly lesson and picnic lunch. To prepare, Bornhurst and VanLowe equipped the farm for their new clientele, whom they described, smiling, as “the big, tough guys.” They needed bigger horses and bigger saddles.

Since then, the program has continued to expand, and for the first time in its 31 years is on the cusp of operating out of a fully equipped, permanent home — a 17-acre parcel in Clifton, Va. If fundraising allows, the facilities will be expanded to include an indoor ring and a 20-stall barn.

Currently, the farm partially shuts down during the winter months, when the 17 horses are rotated in between pastures and a nine-stall barn.

Rehabilitating wounded warriors through horseback riding has spread throughout the therapeutic riding world in the past several years, VanLowe says. Their needs, while highly individualized, differ from those who traditionally sought therapeutic riding. While many have physical injuries like Brewer, many others are physically able but suffer from emotional conditions, such as PTSD.

“One of the things that comes through is just how it changed their inner feeling, the calmness, the reduced amount of stress and the inner peace that came about from the riding experience,” Bornhorst says. “One rider said, ‘When I’m on the horse I feel like nothing else matters.'”

Immediately after beginning his therapy, Brewer saw physical improvements. He was able to walk with more ease and his gait improved. He still has some balance issues, he says, but he continues riding to maintain his progress and to become a better rider.

His tenure on Booker didn’t last long. Soon, he discovered Percy, his favorite horse. He brings Percy carrots when he comes out to ride and has formed a bond with the animal.

“I would say there is an emotional attachment that you build with the horses,” he says. “Other people who may be depressed because of the situation that they’re in, they may have a severe injury, and they may kind of sit around and think about their injury all day — riding the horse just brings happiness.”

Since the Iraq War began in 2003, 1.5 million men and women have served and of them, nearly 4,500 have not returned home. By Jan. 1, America will have completed its troop withdrawal from Iraq, and it’s these veterans who concern VanLowe and Bornhorst.

Riding lessons are free to veterans, Bornhorst says, and while other therapeutic riders pay for theirs, 50 percent of the farm’s budget comes from fundraising. The program has raised nearly $2.5 million in its current campaign to purchase the property it leases and to build an indoor ring, but officials are still $500,000 away from their goal.

Brewer hopes the program can raise the money, and hopes as the troops come home, more will seek the community and help that he’s found riding horses.

The charity, featured as one of the “Best Small Charities in the Greater Washington region” by the Catalogue for Philanthropy in 2007-08, is United Way #8400, and Combined Federal Campaign (CFC) #60139.