The August earthquake that shook the East Coast, including the D.C. region, probably rattled your nerves. For the more than 100-year-old Union Station, it wasn\'t a pleasant experience either.
Listen now to WTOP News WTOP.com | Alexa | Google Home | WTOP App | 103.5 FM
(1/2) 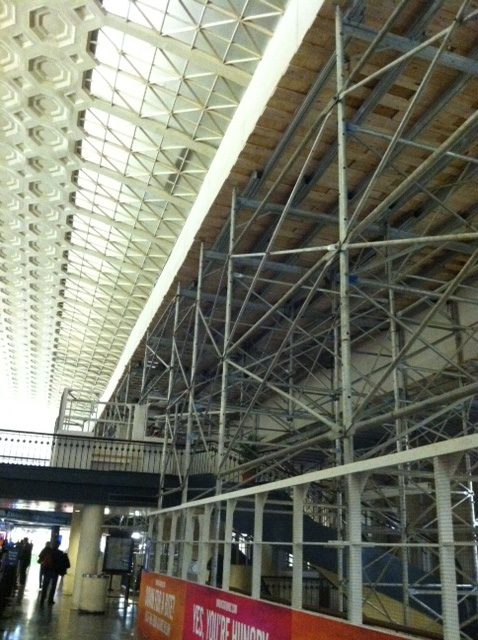 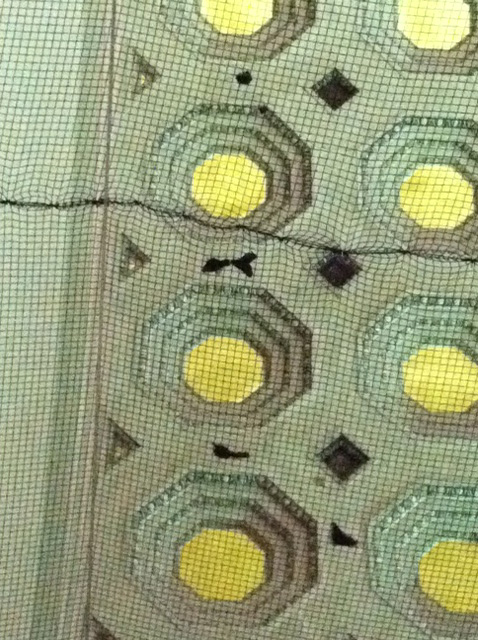 WASHINGTON — The August earthquake that shook the East Coast, including the D.C. region, probably rattled your nerves. For the more than 100-year-old Union Station, it wasn’t a pleasant experience either.

The 5.8-magnitude quake caused chunks of plaster to fall from the beautiful, iconic domed ceiling of the rail hub, which first opened its gates in 1907.

“We were here when it happened and saw the pieces fall,” says Mark Polhemus, Union Station general manager.

Reporters got a guided tour of the extent of the damage to the great building on Tuesday. Exact damage costs are not yet known, but it’s estimated to be in the millions.

Now, work to fix the ceilings is ratcheting up, and it won’t be easy. Huge, custom-made sliding scaffolding is going to have to be set up, giving repair workers access to all of the nearly 10-story-high vaulted ceiling of the main hall.

“There’s quite a bit of engineering to the work,” says Polhemus. “A lot more than you would think for scaffolding to be erected.”

Anyone who has walked through the main hall recently has also no doubt noticed the black mesh netting now hanging directly overhead. That was put in place about a month and a half ago after a piece of plaster fell from the ceiling and actually struck a restaurant worker.

“It glanced off the worker, fell to the floor and just crumbled into pieces,” says Polhemus. “The worker is okay, but we did not anticipate that would occur.”

The work will move from west to east, as the west end of the building suffered the most damage.

Polhemus says it has been a challenge keeping things moving while the work goes on.

“This is an operating train station, as well as a huge retail complex,” he says.

Work to set up the specialty scaffolding for the main hall is expected to take two months alone. All the work in the building should be finished within the next 10 months. In some cases, the scaffolding will come down as work is finished.

The price tag for the repairs is falling mainly on the shoulders of the insurance company responsible for the building.