Holidays: Where to see holiday lights | Santa's back with inflation, inclusion on his mind | 4 ways to limit your holiday debt | Inflation 'definitely a guest' at holiday celebrations this year
Home » College Football » AP source: KU gives…

LAWRENCE, Kan. (AP) — Kansas and coach Lance Leipold have agreed to their second contract extension in less than three months, this time adding two years to his deal and keeping him tied to the Jayhawks through the 2029 season, a person familiar with the terms told The Associated Press.

The person spoke on condition of anonymity Tuesday night because the school had not announced the extension.

Leipold had a year added to his original contract on Sept. 1 as a reward for a two-win first season that raised hopes around Lawrence that the football program might return to relevance. But after a 5-0 start had the Jayhawks ranked in the AP Top 25, and a sixth win made them bowl-eligible, the school aggressively moved to lock up Leipold well into the future — especially with Nebraska and Wisconsin, where he has deep connections, in the market for coaches.

Leipold’s original contract was a $16.5 million, six-year pact that paid him $2.2 million in its initial season with $200,000 increases each year. He also would earn $50,000 for finishing in the Top 25, earning Big 12 coach of the year or winning seven regular-season games, a threshold he can clear with a win Saturday over rival Kansas State.

Leipold was hired early last year, shortly after the Jayhawks parted with Les Miles amid sexual harassment allegations from his time at LSU. The scandal led to the ouster of Jeff Long, his longtime friend and the athletic director who hired him.

Kansas eventually gave the AD job to Travis Goff, and his first major move was to pluck Leipold — who won six Division III titles at Wisconsin-Whitewater — from Buffalo, which he had taken to three straight bowl games.

Leipold was a popular pick among Jayhawks fans because of his Midwest pedigree, small-town roots and success in building programs, and his old-school demeanor on the field fit seamlessly with the values of the school.

Despite having no offseason or time to put together a full recruiting class, Leipold managed to lead the Jayhawks to an upset of Texas late last season, and then carried the momentum right into this year. They ripped off five consecutive wins before losing quarterback Jalon Daniels to a shoulder injury, then toppled Oklahoma State with backup Jason Bean under center to qualify for a bowl game for the first time since the 2008 season.

On Saturday, they will try to snap a 13-game losing streak to Kansas State in their regular-season finale.

The extension for Leipold is the latest investment in football for a school primarily known for its national champion men’s basketball program. Kansas officials announced plans last month for a long-awaited renovation to Memorial Stadium, part of a project that could exceed $300 million and include new conference, entertainment and retail spaces. 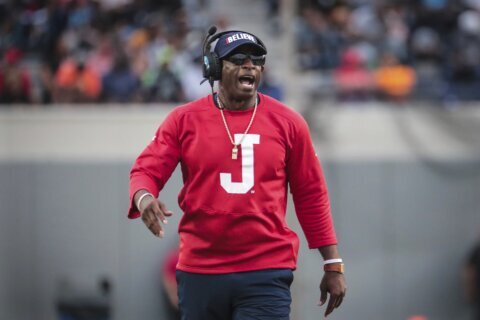 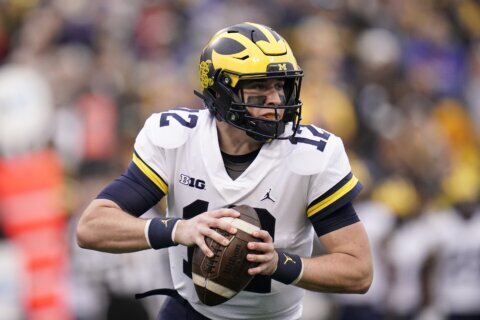