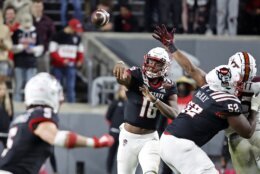 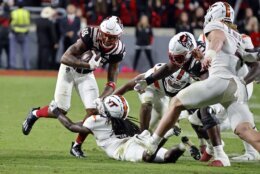 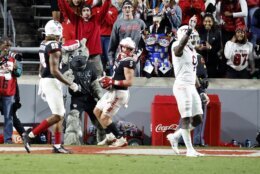 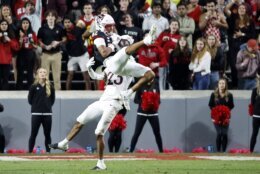 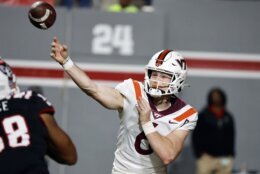 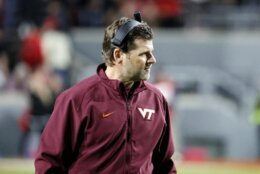 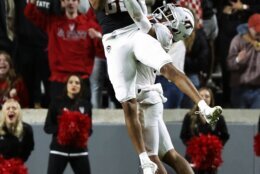 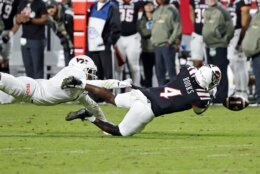 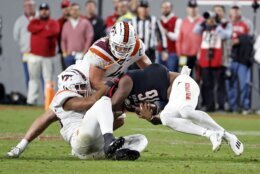 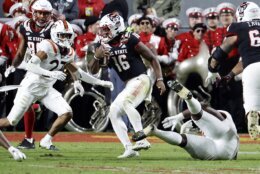 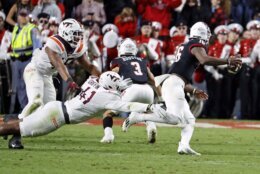 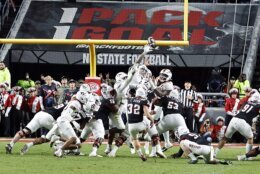 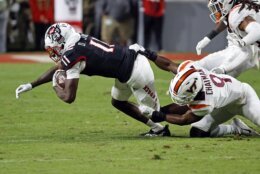 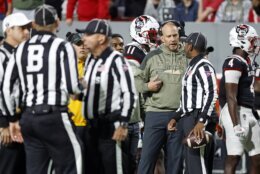 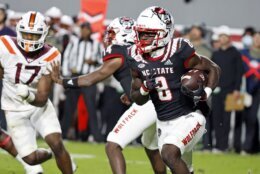 RALEIGH, N.C. (AP) — For the second straight home game, North Carolina State found itself down double figures after halftime. And just as before, the 24th-ranked Wolfpack responded with grit and resilience.

Morris took over for starter Jack Chambers to lead an unexpected comeback for the Wolfpack (6-2, 2-2 Atalntic Coast Conference), who trailed 21-3 after Grant Wells’ 20-yard TD keeper with 4:02 in the third quarter.

Instead, N.C. State somehow found a way to make its biggest comeback since rallying from 27 down to beat Maryland in 2011. It also marked the Wolfpack’s second comeback from a double-digit deficit after halftime this month, going back to a rally from 17-3 down at the break against Florida State on Oct. 8.

This one was arguably more critical for a team that had been reeling offensively since losing quarterback and preseason ACC player of the year Devin Leary to a season-ending injury in the Florida State victory. But after looking like every yard was a struggle, Morris and the Wolfpack started pushing the ball downfield and connecting to suddenly change momentum.

“There was a lot of things going in my head, but the one thing I tried to focus on was doing my job for the team,” Morris said.

It started with a 35-yard deep throw from Morris to Thayer Thomas with 1:42 left in the third. Morris followed with a 7-yard score to Trent Pennix early in the fourth, then hit Thomas again on a short throw that the receiver cut up the middle of the field and scored from 18 yards out with 7:38 mark.

After its veteran defense forced a three-and-out, the Wolfpack kept the chains moving on a final drive that ate up the last 5:35 to seal the win.

Thomas finished with 10 catches for 118 yards and the two scores for the Wolfpack.

“To me, you’ve got to have a closer’s mentality in the fourth quarter,” first-year coach Brent Pry said. “You’ve got to play your absolute best. we just needed a play or two to change the outcome. And we’ll get there.”

Virginia Tech: This one will be difficult to get past for the Hokies, who looked on their way to ending the Wolfpack’s 14-game home winning streak and giving Pry his first road win in four tries. Instead, the offense that suddenly found success attacking the Wolfpack’s veteran defense sputtered when it needed a big drive and the defense gave up three straight TD drives.

N.C. State: The Wolfpack went through a bye week with a chance to tweak the offense to better suit the strengths of Chambers in the wake of Leary’s loss. But Morris also got plenty of reps and soon proved the more effective passer as the Wolfpack needed to get more aggressive down big — and it worked.

N.C. State, which peaked at No. 10 this year, could fall out of the AP Top 25 with Sunday’s next poll after struggling to beat a two-win team. Then again, another impressive show of resilience could stand out for voters.

N.C. State has now won 15 straight home games since losing to Miami in 2020. That put the Wolfpack within one of tying the program record set from 1972-75 under Lou Holtz.

The Hokies had 13 penalties for 69 yards. That included being flagged 10 times for false starts, with five coming in the first quarter alone.