Huskers ready for Northwestern surprises at QB in Dublin

DUBLIN (AP) — Nebraska’s defense knows Ryan Hilinski from last season but it is also preparing for a surprise or two at quarterback against Northwestern in the Irish capital on Saturday.

Wildcats coach Pat Fitzgerald hasn’t named a starter for the season opener and this week refused to talk quarterbacks: “I’m not going to tell you anything.”

The Huskers say they will be ready.

“We know they’re going to have some surprises for us, some different personnel groupings, might be two quarterbacks playing, might be a surprise starter, we don’t know, but we’re ready for all of them,” defensive coordinator Erik Chinander said Wednesday after practice.

Coaches won’t admit it, but “the craic” (Irish for friendly chatter) among the 13,000 U.S. fans who made the trip is that the game is practically must-win territory already, especially for the Huskers and coach Scott Frost.

Both teams were 3-9 last year. Nebraska hasn’t won since its 56-7 rout of Northwestern in Lincoln last October. Six consecutive losses. The Wildcats have also dropped six straight games, but Fitzgerald has a long-term deal and full support from his alma mater.

Hilinski made five starts last season as a sophomore and threw for 978 yards but completed just 54% of his passes. In nine appearances, he threw for three touchdowns and four interceptions. He also had a costly fumble in the loss to the Huskers.

Redshirt freshman Brendan Sullivan is also a possibility, though neither he or Hilinski are run threats.

Evan Hull rushed for 1,009 yards last season on 5.1 yards per carry, so keeping him involved will be vital for Northwestern’s chances. He boasted about the whole running backs room.

“We all have our different strengths, for sure, and I think that’s what makes our group so dangerous,” Hull said. Andrew Clair “runs with an attitude to him. He can bring the boom, too.”

Northwestern’s defense couldn’t stop anybody on the ground last season. The Wildcats allowed a Big Ten-worst 213 rushing yards per game, including 427 to Nebraska.

Gabe Ervin Jr. said the Huskers running backs are raring to go: “We’re here to run the ball downhill, down their throat, each and every play we get the ball.”

Nebraska quarterback Casey Thompson, a transfer from Texas, was Frost’s choice to take the first snap in Dublin because of his experience and ability to protect the ball. Thompson threw for 24 touchdowns and nine interceptions last season, completing 63.2% of his passes for 2,113 yards.

Frost said he wants to “let it rip” and he reiterated that point Thursday at Aviva Stadium, saying his message is to “go out and attack.”

“I really want to see that kind of mindset (of) not playing tight, not worrying about anything, just going out and getting after it,” he said.

Now in his fifth year as Huskers coach, Frost is not calling plays for the first time. New offensive coordinator Mark Whipple will be on the sideline doing that.

“It will be a different experience for me,” Frost said.

Efficiency and speed have been the buzzwords for Nebraska’s offense, which also added wide receivers Trey Palmer (LSU) and Marcus Washington (Texas) from the transfer portal.

“They’ve got playmakers all over the field,” Northwestern linebacker Bryce Gallagher said.

The Huskers have played abroad once before. They beat Kansas State 38-24 in the 1992 Coca-Cola Classic in Tokyo. Huskers athletic director Trev Alberts was on the ’92 team. This one is dubbed the Aer Lingus College Football Classic and, at 4,000 miles away, is much closer than Tokyo. It is Northwestern’s first international game.

Saturday’s game will be Fitzgerald’s 200th as Northwestern’s coach. His record is 109-90 but coming off a 3-9 season, he’d happily take some luck of the Irish. The former Wildcat linebacker estimated that 40 family members from the Chicago area made the trip, and he plans to meet up with some relatives living in Ireland.

The teams have been soaking in Irish culture. For most of the players, it’s their first time abroad.

Wildcats defensive back AJ Hampton Jr. tried some step-dancing at a dinner and show. The Huskers visited Kilmainham Gaol Museum to learn about the former prison’s place in Irish history and especially in the 1916 Easter Rising. Hospitality was on display Thursday outside Aviva when an Irishman gave a ride to a Huskers fan who couldn’t find a taxi. 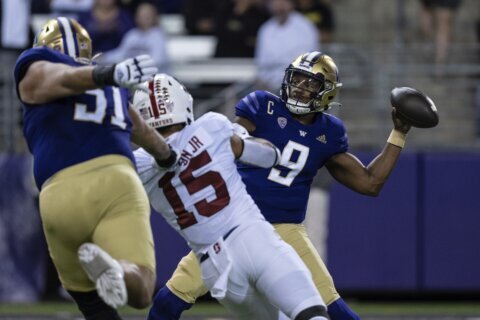 No. 15 Washington at UCLA top Pac-12 football this week 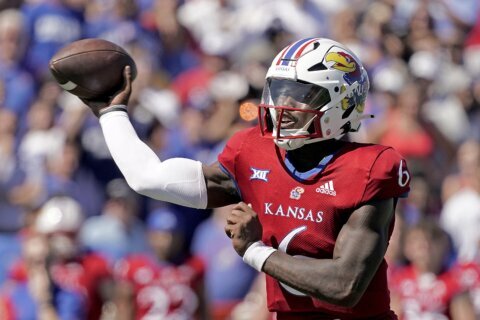