It did for Rees, who started for Freeman’s predecessor, Brian Kelly, as a true freshman in 2010, returned as Kelly’s quarterbacks coach in 2017 and is now in his third season directing the Irish offense.

“We want guys that know when to make the right decision,” said the 30-year-old Rees. “It’s part of my job to make sure that they each have the opportunity to showcase what they can do.”

Coan was designated the starter early in 2021 camp and started all 13 games, throwing for 3,150 yards and 25 touchdowns. But because of Coan’s limited running skills, Rees created a package for the 6-foot-1, 215-pound Buchner, who ran for 336 yards and passed for 298 more while accounting for six touchdowns in 10 games.

The 6-foot, 198-pound Pyne, meanwhile, saw limited action in two games, throwing for 224 yards and two touchdowns. His highlight was taking over for an injured Coan when Buchner was unavailable and leading Notre Dame past Wisconsin 41-13 in late September. The following week, Pyne could not rally the Irish in the second half of a 24-13 home loss to Cincinnati.

Buchner was the No. 1 quarterback in the spring before injuring an ankle before the Blue-Gold Game and did not play. Pyne saw action for both teams and threw for 185 yards and one touchdown, but had two interceptions in a performance Freeman said was “a little up and down.”

Rees likes what he has in both.

“There’s a certain calmness and confidence that quarterbacks have, and Tyler has that innately,” Rees said. “Drew is hungry right now — extremely hungry — and he’s competing and preparing at a high level.”

The two golfing buddies know what is expected of them.

“The most important part of playing quarterback is making good decisions,” Buchner said.

“When we’re on the field, we push each other to get better,” Pyne said.

Whichever player starts against the Buckeyes on the evening of Sept. 3 in Ohio Stadium won’t be lacking for talented help.

“We’ve got guys who can make plays for us — the obvious ones are obvious,” Rees said.

The most obvious is 6-foot-4½, 265-pound junior tight end Michael Mayer, a preseason All-American who had 71 receptions for 840 yards and seven touchdowns.

“Mike’s Mike — competitive, talented, driven,” Rees said. “Challenges other guys to be great. Not much change there.”

But there is change in the backfield where the Irish must replace two-time 1,000-yard rusher Kyren Williams, whose running and receiving skills now are with the Super Bowl champion Los Angeles Rams. Speedy Chris Tyree, a 5-foot-9½, 197-pound junior, has the edge over two sophomores — 6-foot, 229-pounder Audric Estime and 6-foot, 212-pound Logan Diggs, who had shoulder surgery in the spring but is ahead of schedule.

“I can sit here all day and talk about Avery,” Rees said. “Every time we needed someone to make a play, he’s always stepped up.”

“There’s a number of guys, cross positionally, who can do a lot of different things,” Rees added. “We’re able to do a little bit more, be creative and have some things that present some defensive challenges.”

Maybe the best returnee is not a player but an assistant coach — Harry Hiestand on the offensive line. He mentored NFL first-rounders Quenton Nelson, Mike McGlinchey, Ronnie Stanley and Zack Martin during a previous stint under Kelly from 2012-17.

“We have a great guy in the front of the room in coach Hiestand,” Rees said. “We have a healthy amount of players that can help us win games upfront.” 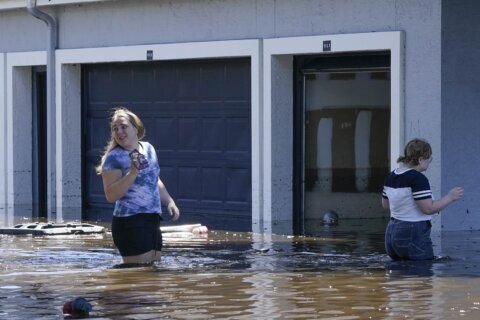