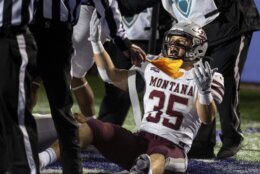 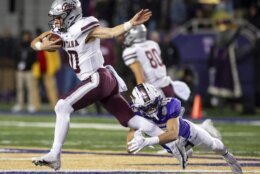 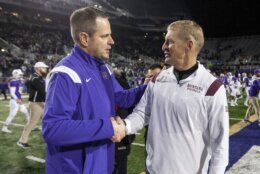 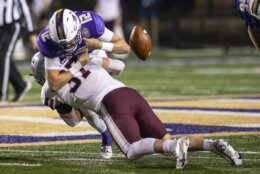 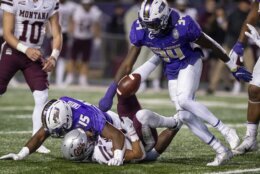 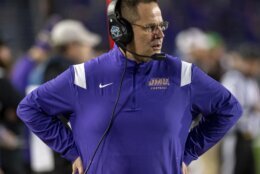 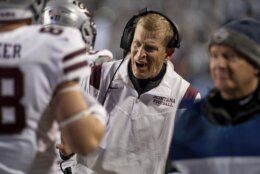 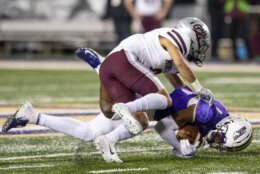 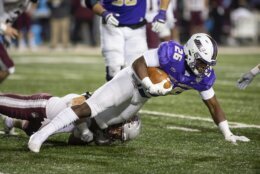 Montana (10-3) lost starting quarterback Cam Humphrey and top receiver Sam Akem to early injuries. Akem had Montana’s first reception of the game for 35 yards but was later seen on the sideline with his arm in a sling. Humphrey left the game after taking a hit while scrambling early in the second quarter.

Johnson connected with Devin Ravenel on an 82-yard touchdown pass in the first quarter; Palmer reeled off a 50-yard scoring run in the second to cap a 96-yard drive; Kris Thornton caught a 3-yard pass from Johnson in the third; and Lorenzo Bryant added a 9-yard rushing TD in the fourth.

It was only the second time this season the Grizzlies allowed two rushing touchdowns.

Kevin Macias had field goals of 51 and 38 yards — for a school-record 19-straight makes for Montana. The Grizzlies had five straight drives end in punts from the time Humphrey left until the second Macias field goal late in the third quarter.

Humphrey was 7-of-12 passing for 88 yards, mostly in the first quarter. Backups Robbie Patterson and Kris Brown combined for 55 yards, completing 8 of 22.

JMU held the Griz to 302 yards of offense while gaining 487. The Dukes’ 192 yards rushing was the most given up by Montana this season.

Ex-athlete vows to maintain U. of Michigan sex abuse protest