BOONE, N.C. (AP) — Chase Brice passed for two touchdowns, ran for a third and Appalachian State closed out the game with a Trey Cobb 100-yard interception return to defeat South Alabama 31-7 on Saturday.

Appalachian State (8-2, 5-1 Sun Belt) is undefeated at home in six games this season.

Brice opened the scoring with a keeper from the 6-yard line late in the first quarter, and then hit Corey Sutton with a 17-yard pass less than a minute later after Cobb’s first pick of the game.

With the score 17-7 midway through the final period, Brice iced the win with a fourth-down play-action pass to Thomas Hennigan for a 14-yard touchdown. The Mountaineers were 3 for 3 on fourth-down conversions, twice resulting in touchdowns. The TD catch was Hennigan’s 20th of his career.

Driving to second-and-goal at the 9 with less than three minutes remaining in the game, Trotter was hit as he released the ball and Cobb made his second interception standing on the goal line, angled up the left sideline and picked up a convoy of black-and-gold-clad teammates for the 100-yard return. 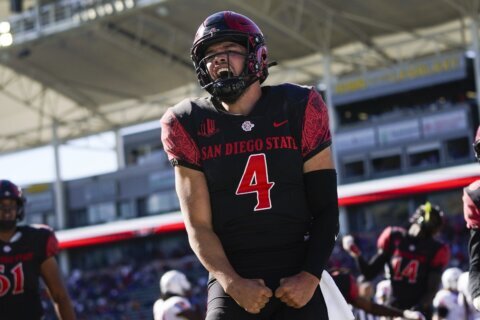 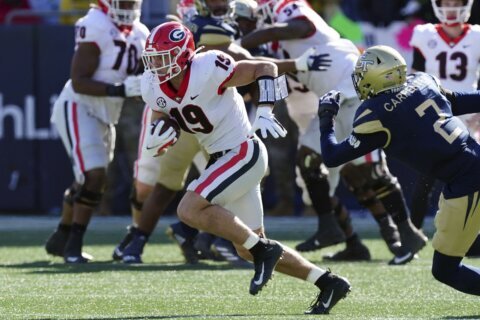 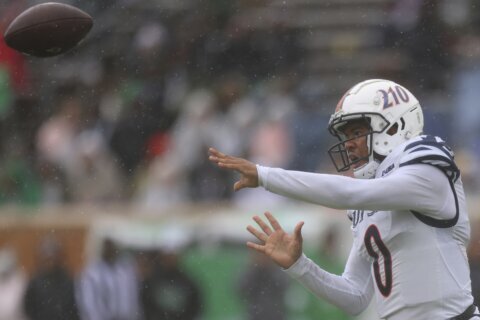