Oladokun, who came to SDSU as a graduate transfer (Samford, USF) over the summer was 18-for-28 passing without an interception. Strong piled up 106 yards by halftime, finishing with 138. Sophomore Isaiah Davis rushed for 84 yards and a TD, most in the second half. Jadon Janke caught six passes for 92 yards and a pair of touchdowns.

The FCS versus FBS matchup was the season opener for each team, and out of four meetings Friday between the two college football subdivisions, South Dakota State was the lone FCS team to pull out the upset.

Lightning and a brief downpour delayed kickoff by 40 minutes, but South Dakota State — ranked No. 3 in the FCS poll and runner-up in the May FCS championship game — brought the lightning after halftime.

The Rams failed to convert a risky fourth-and-1 in their own territory on their first possession of the third quarter when David Bailey was stopped for no gain at the 38. The Jackrabbits scored in two plays when Oladokun passed for 21 and 17 yards, the latter to Janke, pushing the lead to 28-10.

After pinning South Dakota State at the 3 with a deep punt, Colorado State regained possession at midfield, but Todd Centeio was sacked and fumbled. Davis capped SDSU’s eight play drive with three straight carries including a fourth-down conversion from the 3 and a touchdown from the 2.

The score blew the game open at 35-10, and the teams traded touchdowns over the final quarter.

The win was SDSU’s second over an FBS opponent in 11 tries, first since 2015 (Kansas). Colorado State has not won a season opener since 2017. 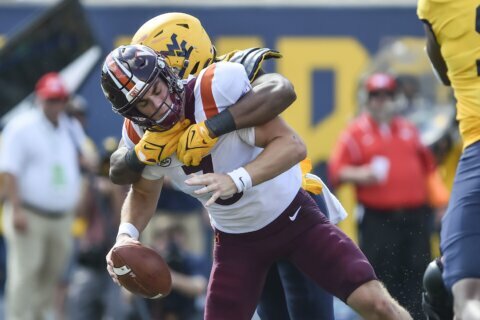 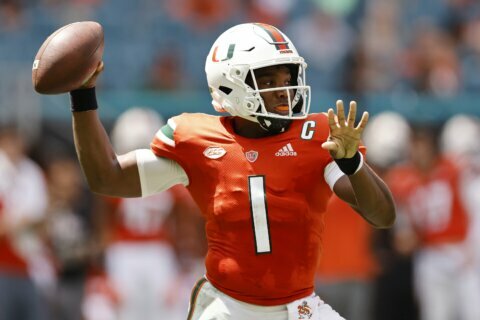