The College Football Playoff management committee is scheduled to meet Wednesday to discuss the feedback members have received from campuses since a 12-team expansion plan was unveiled in June.

After the 10 major college football conference commissioners and Notre Dame’s athletic director get together this week, they plan to reconvene early next week in Chicago with the university presidents who make up the CFP’s board of managers.

“As you know, we spent the summer talking to our constituents and anybody that had a dog in the the fight, trying to take their temperature and determine the feasibility of moving forward with what has been recommended. And probably not only the feasibility but the desirability,” Big 12 Commissioner Bob Bowlsby said Monday.

“I imagine a fair amount of the meeting on Wednesday will be reporting out on that and working on reconciling whatever differences there may be among the 11 members of the management committee.”

Wednesday’s meeting is scheduled to be held in North Texas, though some of the participants may join remotely.

Bowlsby was part of a four-person subcommittee that — at the direction of the board of managers — worked on expansion models for about two years. Notre Dame athletic director Jack Swarbrick, Southeastern Conference Commissioner Greg Sankey and Mountain West Commissioner Craig Thompson were also on the expansion working group.

What they came up with was a 12-team format that would include six conference champions and six at-large teams and games played both on campus and at bowl sites. That recommendation was presented to the full management committee and then the presidents in June.

The presidents agreed to proceed with the process while not committing to expansion.

The proposal was mostly met with enthusiasm and praise from the other commissioners, some of whom have publicly called for the playoff to grow from its current four-team format.

But after it was announced in July that Texas and Oklahoma would be moving from the Big 12 to the Southeastern Conference by 2025, leaders in other leagues seemed to take a step back and reconsider what that would mean for the next evolution of the CFP.

Pac-12 Commissioner George Kliavkoff stated his support for playoff expansion on the day he was hired in May. That has not changed, but he has said there are “issues at the margins” with the proposed 12-team model.

The soonest a new CFP format could be implemented is 2023 and the current 12-year television contract with ESPN runs through the 2025 season.

More clarity on how much and how soon could be sorted out over the coming eight days, with the presidents ultimately making the call on what’s next. 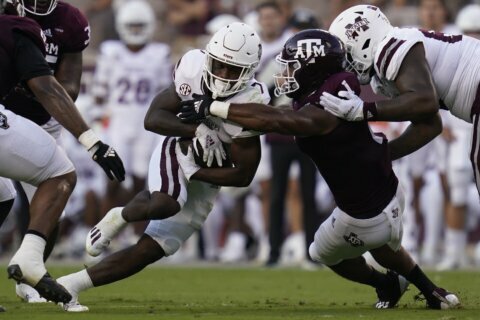 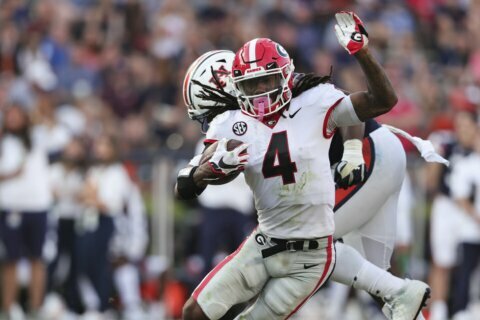