Six weeks into the college football season means the first smattering of schools become bowl eligible, as if there was a doubt about Ohio State. Florida is also 6-0 but has a pair of FCS wins so they’re not technically in the mix just yet. There is one other 6-0 team, and it’s a blast from the past: SMU is off to its best start since the 1982 team went unbeaten behind the likes of Eric Dickerson and Craig James. Sadly, the “Pony Express” turned into “Pony Excess” (the title of a great ESPN 30-for-30 narrated by Patrick Duffy of “Dallas”) and the cheating got so rampant at the Southwest Conference school that the NCAA had to deliver the nuclear option of the “Death Penalty” later that decade.

The effect was long term: Since restarting the program in 1989, the Mustangs have had eight double-digit defeat seasons while appearing in just five bowls. Former Louisiana Tech and Cal Head Coach Sonny Dykes brought his high-octane offense to the AAC school two years ago, and the results have been almost immediate. They averaged 30 points while going 5-7 last fall, and with Texas transfer Shane Buechele running the offense this fall they’ve taken things to the next level. Far from the Pony Express of yore, the 21st century Mustangs currently rank 10th in FBS in passing yardage and are averaging 44 points per game. An upset win of No. 25 TCU last month put them on the map, and Saturday’s 43-37 triple-overtime victory against Tulsa has them bowl-bound while thinking conference contention. SMU has yet to post a winning conference record in the AAC, and still has huge road tests at Houston, Memphis, and Navy. But for at least one week the Mustangs share the stage with the elite…thirty years after being all by themselves in NCAA Purgatory.

Maryland (3-2, 1-1 Big Ten) bounced back from getting blown out by Penn State, routing Rutgers 48-7 in a game that was close for much of the first half. But just to show that no Saturday is complete without a little heartbreak for the College Park faithful, quarterback Josh Jackson went down with an ankle injury right before halftime. The fact that it took five games for the Terps’ starter to suffer a potential season-ending injury is encouraging, as in previous years the first-string QB would go down for the year in early to mid-September (or as in the case of CJ Brown in 2012, August).

Terrapin Troubles: It took a while for the offense to get in gear; after scoring on an 80-yard pass on their first possession the team suffered four straight three and outs. The offense would finish 4-13 on third down. Penalties continue to pose problems, as the team was flagged six times this week. The kicking game in concerning, as they had a 29-yard field goal blocked and missed an extra point. That might not cost you against Rutgers, but it did at Temple and very well could against the upcoming slate of the Big Ten’s middle class.

Next: Saturday at noon at Purdue.

Navy (3-1) needed a last-minute touchdown drive to pull ahead of Air Force after blowing a double-digit fourth quarter lead, and the Mids would then recover a Falcons fumble on the final play to make the 34-25 final look deceptively comfortable. But it was anything but comfortable as Troy Calhoun and company know they had a golden chance to steal one in Annapolis (Air Force is 1-8 at Navy-Marine Corps Memorial Stadium since 2001). What’s reassuring for head coach Ken Niumatalolo is that these were the types of games last year’s team lost.

Midshipman Medals: Malcolm Perry completes 5 of 7 passes for 144 yards while running for 111 yards and two touchdowns. Nolan Smith ran for 82 yards and the other two Navy scores. C.J. Williams caught a game-saving 32-yard pass on the go-ahead drive. Paul Carothers and Diego Fagot (12 tackles apiece) led a defense that held Air Force to 2.4 yards a carry, 40% passing, and 5-of-17 on third down.

Midshipman Miscues: Last week the Mids allowed 21 second-half points, and this week the D surrendered 16 in the fourth quarter. After being held to 2-12 on third down through three quarters, the Falcons converted three big ones in the final period (scoring both of their touchdowns on third and goal). Offensively the three drives that preceded the game-winning possession resulted in a missed field goal, a lost fumble, and a three & out.

Virginia Tech (3-2, 1-2 ACC) saw its season flash before its eyes in the fourth quarter at Miami. Somehow they were tied at 35 after the Hokies took a 28-0 first half lead. But somehow VT was able to take a late lead and hold the Hurricanes shy of the goal line. (they’d get to the Hokie 10-yard line before time ran out). The 42-35 win doesn’t cure all, but it keeps the team out of the Coastal Division cellar and also keeps the temperature down a teensy bit on their coach’s hot seat.

Hokie Highlights: Five first half takeaways helped set up short fields, and the offense played turnover free football all day. Sophomore quarterback Hendon Hooker threw for 184 yards and three touchdowns while running for 76 and another score. The offense moved the chains on 7 of 9 third downs in the first half, and scored touchdowns on all six red zone appearances. Rayshard Ashby notched 11 tackles and a sack, and the pass rush generated seven sacks. Jermaine Waller and Caleb Fraley each grabbed a pair of interceptions. Oscar Bradburn averaged 50.4 yards per punt.

Hokie Humblings: Talk about your tale of two halves. The offense converted 2 of 7 third downs after intermission, and the defense that tallied turnovers turned into one that gave up 364 yards and four touchdowns over the final two quarters.

Next: Saturday at 4 p.m. against Rhode Island. 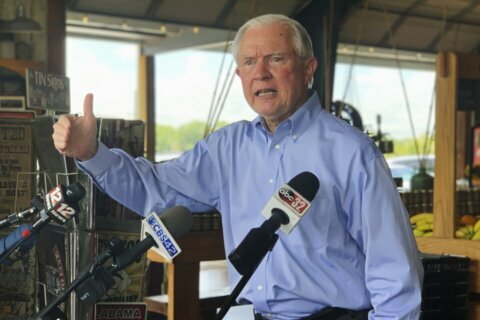 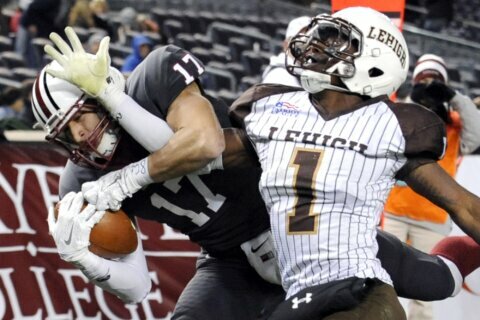