Virginia quarterback Bryce Perkins (3) runs the ball while pursued by the Virginia Tech defense during the first half of an NCAA college football game in Blacksburg, Va., Friday, Nov. 23, 2018. (Matt Gentry/The Roanoke Times via AP)

Virginia has finally caught up with their cross-state rivals in terms of talent on the field. But is this the year the Cavaliers finally beat Virginia Tech?

The distance between Lane Stadium in Blacksburg and Scott Stadium in Charlottesville may stand at 146.2 miles, but the gap between the two programs appears to be closing from what was one a huge chasm.

For the first time since 1997, Virginia (8-5) owned a better record than Virginia Tech (6-7). Last year it was the Hokies who suffered the embarrassing nonconference stumble. After dealing with a quarterback carousel for over a decade, it was the Cavaliers who had a stable signal caller situation for the third straight season while the Hokies were the ones who saw a former starter leave via transfer. UVa’s formerly Swiss cheese defense? The third stingiest in the ACC, while Virginia Tech allowed more than 40 points four times.

But there’s one area where the Hokies still dominate: 15 straight wins in the series, including last year’s overtime triumph where Virginia somehow snatched defeat from the jaws of victory.

Could this year finally be the one where the Cavaliers conquer the Commonwealth?

Virginia returns 14 starters from its best team in over a decade, with quarterback Bryce Perkins back to build on a stellar 2018 campaign (65% completion percentage, 2,680 yards, 25 touchdowns and 9 interceptions). While he won’t have his main running threat (1,000-yard rusher Jordan Ellis) or top target (1,000-yard receiver Olamide Zaccheaus) from last season, he does have a pair of seniors to throw to in Hasise Dubose (52 catches last year) and Joe Reed (team-high 18.6 yards per reception with 7 touchdown catches).

The running game by committee will feature junior P.K. Kier plus sophomores Wayne Taulapapa and Jamari Peacock. Don’t be surprised if it’s Bryce Perkins (923 yards rushing, 9 touchdowns last year) who emerges as the chairman of the board.

The Cavaliers kick off the season by visiting Pitt. Believe it or not, they played the Panthers last November for the ACC Coastal Division lead. They face Florida State and Notre Dame in September, meaning we could find out if this season represents another step forward for head coach Bronco Mendenhall’s program. Then there’s that home game the day after Thanksgiving.

Virginia Tech will say farewell to longtime defensive coordinator Bud Foster this season. He’s been with the school since 1987 and 2019 will be Foster’s 25th year directing the defense.

In nine of the first 10 seasons the Hokies were in the ACC, they ranked first or second in total defense. In the last five years, they’ve finished in the top three just once, and 2018’s unit ranked 11th in the conference and 98th overall.

Senior rover back Reggie Floyd is the type of playmaker we’ve gotten used to seeing the Hokies secondary; he’s the strong link in the last line of defense.

Junior quarterback Ryan Willis took over for an injured Josh Jackson in the Old Dominion game last fall. He showed enough on the field (59% completion percentage, 2716 yards, 24 touchdowns and 9 interceptions) during Jackson’s recovery from the broken leg to convince the former starter to look elsewhere for future snaps (he wound up at Maryland, where he’s starting Saturday against Howard).

Unlike his Cavaliers counterpart, Willis doesn’t have the wheels, as he rushed for just 354 yards. But he does have four of his top five receivers from 2018 returning, including junior Damon Hazelton, who caught 51 passes for 802 yards and seven scores last season. Head coach Justin Fuente’s running back by committee will feature 2017’s leading rusher Deshawn McClease.

The season starts on the road at Boston College, a matchup in which the road team has won four of the last five meetings. Then there’s the revenge game against Old Dominion (the Hokies lost at ODU 49-35 last September). While they visit Notre Dame in November, there’s nothing to suggest that this won’t be another bowl season in Blacksburg.

There is that season finale in Charlottesville, however. Could it possibly be a Sweet 16 party as well as successful send off for Bud Foster? 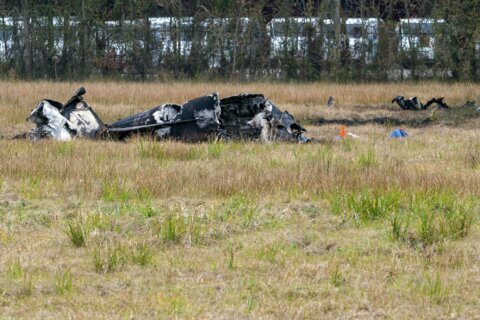