STORRS, Conn. (AP) — Paige Bueckers intends to play basketball in the 2023-24 season for Connecticut after recovering from an ACL injury that’s sidelined her this season.

Speaking on campus for the first time since being hurt, Bueckers was adamant in saying she will not enter the 2023 WNBA Draft and will return to play college ball.

“I’m not leaving. That is not in question,” the 21-year-old Bueckers said Thursday during a media availability. “People asked me, ‘What are you thinking about, fifth year, COVID year, redshirt this year?’ I’m not thinking too far ahead about that at all. But I will be playing college basketball again.”

Bueckers had an injury-marred 2021-22 season. She missed most of the season with tibial plateau fracture and lateral meniscus tear in her left knee. The Minnesota native returned for the NCAA tournament last spring and helped UConn to the title game, which it lost to No 1 South Carolina. In 17 games last season, Bueckers averaged 14.6 points.

Bueckers is expected to miss the upcoming season after she injured the same knee in a pickup game in early August. The national player of the year as a freshman had surgery four days later.

“I was going full speed and I sort of tried to come to a stop and there was some contact, not a lot of contact, but it just kind of gave out,” Bueckers said. “I knew it was bad. I felt a pop. And then I went to the training room and I was extremely frustrated. I didn’t know how serious it was, but I knew something was wrong.” 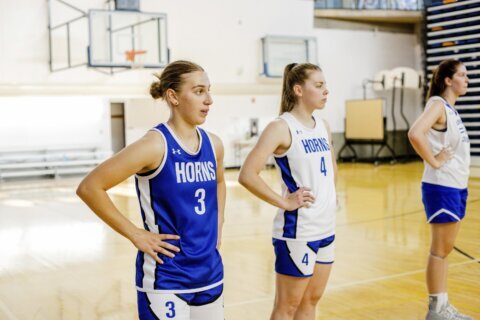