BOTTOM LINE: Two junior guards will be on display as Michael Forrest and Florida Atlantic will battle John-Michael Wright and High Point. Forrest has scored 20 percent of the team’s points this season and is averaging 13.2 over his last five games. Wright is averaging 25.2 points over the last five games.

BIG MEN ON CAMPUS: High Point’s Wright has averaged 21.9 points, five rebounds and 4.3 assists while Zach Austin has put up 14.1 points, 7.3 rebounds and 3.4 blocks. For the Owls, Forrest has averaged 15.3 points while Alijah Martin has put up 12.8 points and 4.9 rebounds.MIGHTY MICHAEL: Forrest has connected on 37.2 percent of the 94 3-pointers he’s attempted and has made 7 of 22 over the last three games. He’s also converted 81.8 percent of his free throws this season.

UNBEATEN WHEN: Florida Atlantic is a perfect 5-0 when it turns the ball over 10 times or fewer. The Owls are 2-5 when they record more than 10 turnovers. High Point has forced 13.6 turnovers per game overall this year and 13.8 per game over its last five.

DID YOU KNOW: High Point gets to the line more often than any other Big South team. The Panthers have averaged 22.9 foul shots per game this season and 26.4 per game over their last five games. 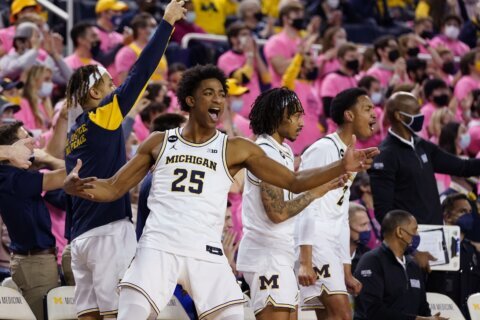