STELLAR SENIORS: Buffalo has relied heavily on its seniors this year. Williams, Josh Mballa, Ronaldo Segu, Maceo Jack and Tra’Von Fagan have combined to account for 76 percent of the team’s scoring this season and 74 percent of all Bulls points over the last five games.CLUTCH COLLIN: Welp has connected on 31.8 percent of the 22 3-pointers he’s attempted and has made 4 of 14 over his last five games. He’s also made 82.9 percent of his free throws this season.

STREAK STATS: Buffalo has won its last three home games, scoring an average of 93.7 points while giving up 57.3.

DID YOU KNOW: The Buffalo offense is ranked 21st in the nation by scoring 81.6 points per game this season. UC Irvine has only averaged 68.4 points per game, which ranks 212th. 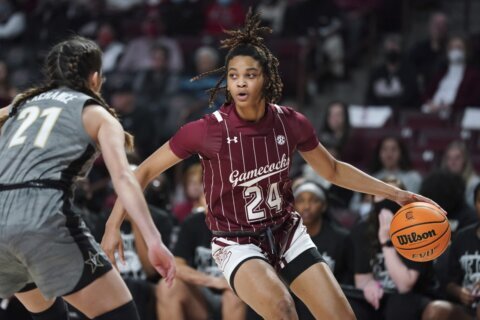