SQUAD LEADERS: North Dakota State’s Rocky Kreuser has averaged 13.8 points and 8.2 rebounds while Grant Nelson has put up 12.9 points and five rebounds. For the Jackrabbits, Baylor Scheierman has averaged 13.5 points and 8.7 rebounds while Douglas Wilson has put up 14.7 points and 5.4 rebounds.SOLID SCHEIERMAN: Scheierman has connected on 44.6 percent of the 74 3-pointers he’s attempted and has made 11 of 24 over his last five games. He’s also made 84.2 percent of his foul shots this season.

STREAK SCORING: North Dakota State has won its last seven home games, scoring an average of 82.4 points while giving up 60.1. 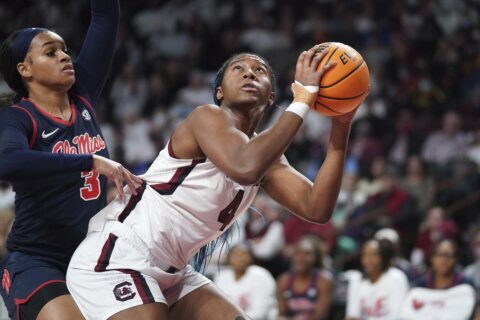 Boston leads No. 1 South Carolina women past No. 24 Ole Miss 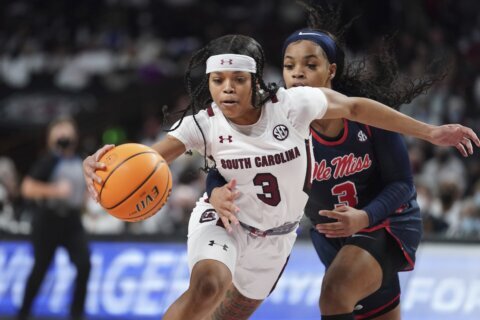