STEPPING UP: Bannan is averaging 12.2 points and 7.8 rebounds to lead the way for the Grizzlies. Cameron Parker is also a big facilitator, maintaining an average of 7.9 points and 6.4 assists per game. The Wildcats are led by Jones, who is averaging a double-double with 13.1 points and 10.1 rebounds.

FUELING THE OFFENSE: Parker has either made or assisted on 42 percent of all Montana field goals over the last five games. Parker has 16 field goals and 51 assists in those games.

STREAK SCORING: Montana has won its last eight home games, scoring an average of 81.6 points while giving up 48.9.

DID YOU KNOW: Both Weber State and Montana are ranked atop the Big Sky when it comes to ball security. The Wildcats are ranked second in the conference and have committed a turnover on 17.1 percent of their possessions this year, 12.1 turnovers per game. The Grizzlies are ranked first with a turnover percentage of 14.1 percent, 9.5 per game. 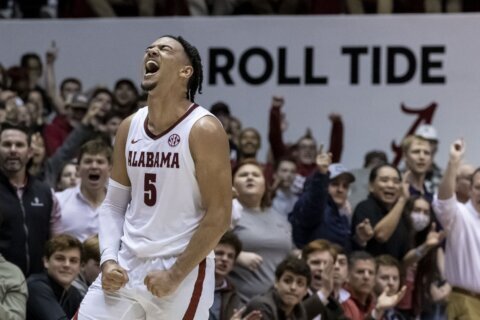