BOTTOM LINE: Marshall and Indiana both look to put winning streaks together . Each program is coming off of a big home victory on Tuesday. Indiana earned a 70-35 win over Jackson State, while Marshall won 93-79 over Louisiana-Lafayette.

VETERAN PRESENCE: Each team has relied heavily on their seniors this year. Race Thompson, Xavier Johnson and Miller Kopp have collectively scored 35 percent percent of Indiana’s points this season. For Marshall, Taevion Kinsey, Andrew Taylor, Darius George and Mikel Beyers have collectively accounted for 61 percent of all Marshall scoring.TERRIFIC TAEVION: Kinsey has connected on 16.7 percent of the 12 3-pointers he’s attempted and has made 2 of 12 over the last five games. He’s also made 80 percent of his foul shots this season.

LONG-RANGE THREAT: Marshall’s Taylor has attempted 29 3-pointers and connected on 17.2 percent of them, and is 5 for 29 over the past five games.

STREAK SCORING: Indiana has scored 75 points per game and allowed 52.8 over its five-game home winning streak.

STINGY DEFENSE: Indiana has held opposing teams to 52.8 points per game this season, the fifth-lowest figure among all Division I teams. 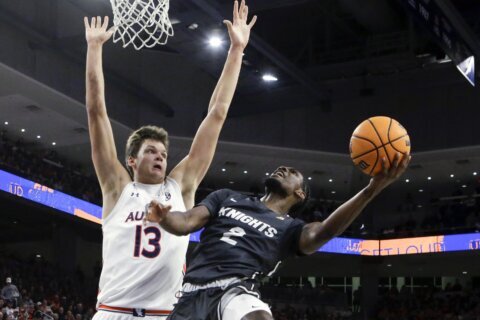