TALLAHASSEE, Fla. (AP) — As Leonard Hamilton begins his 20th season at Florida State, he has elevated the program from one of the worst in the Atlantic Coast Conference to one of the league’s top men’s basketball teams.

Florida State is one of just three teams, joining Gonzaga and Michigan, that has advanced to the Sweet 16 in each of the last three NCAA Tournaments. The No. 20 Seminoles will feature a mix of veterans, transfers and freshmen to help them reach tournament for a fifth straight time.

“We’ve been fortunate for the last couple of years, when we’ve had guys move on, I think we’ve in some ways gotten better each year,” Hamilton said. “The culture of our team, the ability of our guys to stay focused and accept the roles and the system and the style of ball that we play.

“We have some guys ready to step up and replace the guys that played so well for us last year that have moved on.”

The Seminoles will need time to build chemistry but the height, length and athleticism is undeniable. Florida State has four 7-footers on their.

“That has been probably the strength of our program — we’ve been able to always seem to develop guys and allow them to continue to keep improving and step into roles and keep our program at a significant position in basketball,” Hamilton said.

Florida State has produced six NBA first-round draft picks since 2016. Among those are five-star recruits like Scottie Barnes and Patrick Williams, who both played one year in Tallahassee, as well as diamonds in the rough like Devin Vassell and Mfiondu Kabengele.

Florida State, which once struggled to win a handful of ACC games, has averaged 24.8 wins over the last five seasons. They appear poised to make a run at another league title.

Some other things to know about the Seminoles, who open the season Nov. 10 at home against Penn:

Florida State is seeking options at point guard with Barnes now in the NBA. The option is likely a combination of seniors RayQuan Evans and Polite, although it will be tough to deny Warley playing time if his defense is up to what Hamilton expects.

Warley, a McDonald’s All-American, averaged 15.6 points and 7.0 assists in his senior season at Norristown Westtown School in Pennsylvania.

Hamilton said who starts doesn’t matter as he often plays a deep rotation, and the Seminoles will lean on a large group of newcomers.

Mills could see significant minutes after averaging 12.8 points at Houston. Fletcher didn’t play much at Kentucky but will be looked to provide defense and rebounding. Cleveland averaged 22.8 points at Pace Academy in Alpharetta, Georgia.

Florida State has won 25 straight ACC home games, which is the second longest streak in league history. Duke (26) set the league record in the 1997-2000 seasons.

The Seminoles open the ACC schedule against Syracuse on Dec. 4, and they could break the mark on Jan. 8 against Louisville.

Florida State has tied a national record with 11 straight overtime wins, a streak that dates to Jan. 13, 2018. 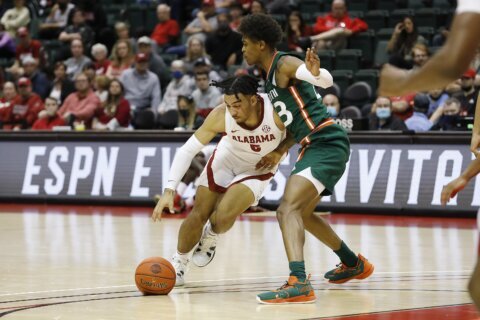 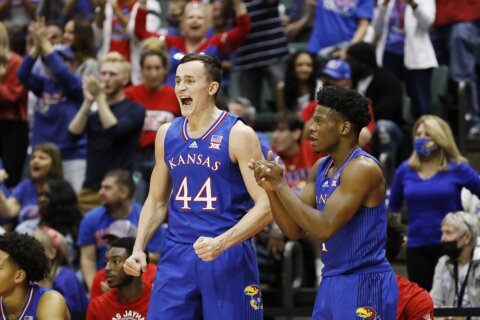 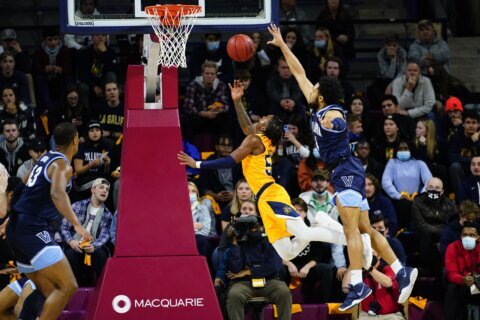 Gillespie leads No. 7 Villanova in 72-46 rout of La Salle