BOTTOM LINE: Two sophomore guards will be on display as Allen Flanigan and Auburn will battle Scotty Pippen Jr. and Vanderbilt. Flanigan is averaging 14.8 points over the last five games. Pippen has scored 28 percent of the team’s points this season and is averaging 20 over his last five games.

FAB FRESHMEN: Auburn has benefited heavily from its freshmen. Flanigan, Jaylin Williams, JT Thor and Sharife Cooper have combined to account for 55 percent of the team’s scoring this year and 72 percent of all Tigers points over the team’s last five games.

RAMPING IT UP A NOTCH: The Tigers have scored 82.1 points per game against conference opponents so far, an improvement from the 75.3 per game they managed over nine non-conference games.

CREATING OFFENSE: Pippen has made or assisted on 51 percent of all Vanderbilt field goals over the last three games. The sophomore guard has accounted for 21 field goals and 18 assists in those games.

ASSIST DISTRIBUTION: The Tigers have recently gotten buckets via assists more often than the Commodores. Vanderbilt has an assist on 44 of 77 field goals (57.1 percent) over its past three matchups while Auburn has assists on 58 of 87 field goals (66.7 percent) during its past three games.

DID YOU KNOW: Vanderbilt has made 9.4 3-pointers per game this season, which is second-best among SEC teams. 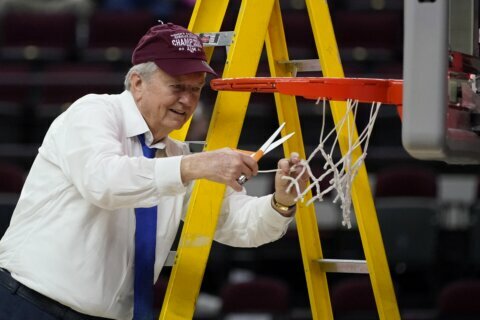