SUPER SENIORS: Miami has relied heavily on its seniors this year. Dalonte Brown, Dae Dae Grant, Isaiah Coleman-Lands and James Beck have collectively accounted for 58 percent of the team’s scoring this year and 65 percent of all RedHawks points over the last five games.

CREATING OFFENSE: Marreon Jackson has directly created 53 percent of all Toledo field goals over the last three games. The senior guard has 25 field goals and 24 assists in those games.

PERFECT WHEN: Miami is a perfect 5-0 when the team makes at least 76.2 percent of its free throws. The RedHawks are 2-4 when they shoot below 76.2 percent from the line.

STREAK STATS: Miami has scored 82.3 points per game and allowed 68.7 over a three-game home winning streak.

DID YOU KNOW: Toledo as a team has made 10.8 3-pointers per game this season, which is eighth-most among Division I teams. 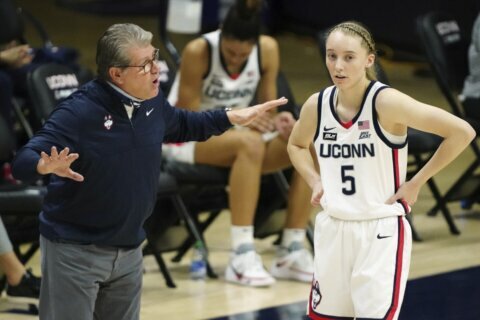