FAB FRESHMEN: Auburn has relied heavily on its freshmen this year. Flanigan, Jaylin Williams, Justin Powell and JT Thor have combined to account for 55 percent of the team’s scoring this year and 45 percent of all Tigers points over the last five games.

RAMPING IT UP: The Wildcats have scored 81.6 points per game against conference opponents so far, an improvement from the 64.9 per game they recorded in non-conference play.BRILLIANT BRANDON: Boston has connected on 16.7 percent of the 36 3-pointers he’s attempted. He’s also converted 79.5 percent of his free throws this season.

PASSING FOR POINTS: The Tigers have recently used assists to create buckets more often than the Wildcats. Auburn has 49 assists on 86 field goals (57 percent) over its previous three outings while Kentucky has assists on 33 of 73 field goals (45.2 percent) during its past three games.

FEWER TURNOVERS: Kentucky’s offense has turned the ball over 14.9 times per game this season, but is averaging 11.7 turnovers over its last three games. 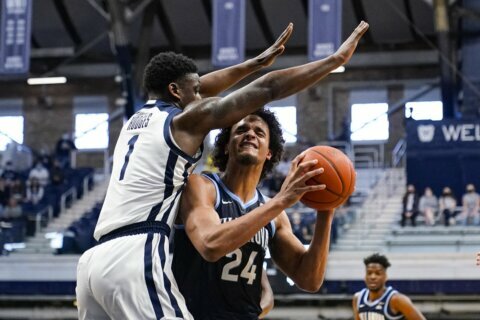