The Orange (7-2) have won four of their last five and rebounded from a 63-60 loss at home against Pittsburgh on Wednesday. Georgetown (3-8) has lost five straight.

Georgetown cut a 16-point deficit early in the second half to 68-65 on Jamari Sibley’s layup. But Alan Griffin answered with an alley-oop dunk and Girard hit a jumper near the top of the arc for a 72-65 lead with 1:15 remaining. The Hoyas committed four of their 12 turnovers in the last four minutes.

Syracuse: The Orange play at North Carolina on Tuesday in an Atlantic Coast Conference matchup. 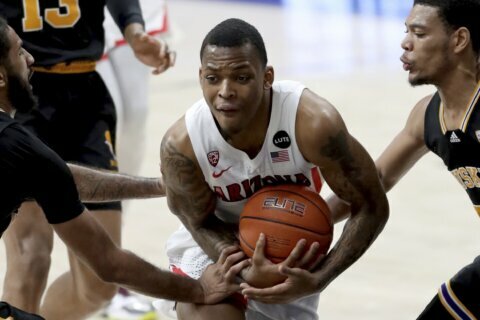