Smith? Holmgren? Banchero? Magic own No. 1 pick in NBA draft

NEW YORK (AP) — Paolo Banchero thinks he should be No. 1. Jabari Smith Jr. is sure he won’t go beyond No. 2. Chet Holmgren would be happy with either.

The freshmen have been considered the top three players available, in some order, in the NBA draft. The Orlando Magic will determine who goes first on Thursday night, with the Oklahoma City Thunder and Houston Rockets slated to follow.

Smith, who led Auburn to its first No. 1 ranking, gives a slight edge to himself but is impressed by all three.

“I think I’m perfect because just my ability to affect both sides of the ball and my ability to knock down shots and affect winning at such an early age and early part of my game,” Smith said. “So I feel like that’s why I’m the No. 1 pick. Those guys are great watching them all season, just how unselfish they are and how much they contributed to their teams so early.”

Assuming they are gone in the top three spots, that’s when the mystery could start up.

The Sacramento Kings hold the No. 4 pick, a spot that produced last season’s Rookie of the Year in Toronto forward Scottie Barnes. They could have players such as Purdue guard Jaden Ivey and Iowa forward Keegan Murray to choose among, though it’s unclear which way the Kings might be leaning — or even if they will make the pick at all instead of trading it.

Ivey, an athletic guard who tries to pattern his game like Ja Morant and Russell Westbrook, said he hasn’t spoken with the Kings and doesn’t sound as if he’d be overly enthused with a conversation.

“If I got drafted there, it wouldn’t be the worst option,” Ivey said. “I can’t pick, I’m not the GM who picks the guys, so I’m kind of just trying to just enjoy this process and whatever happens on draft night, I’m just going to stick with it.”

Murray has a much more favorable view of going to play for new coach Mike Brown on a team that hasn’t made the playoffs since 2006, the worst drought in NBA history.

“I think for me, being a King, I’d want to be a part of that, that culture, and be a part of the group that can turn that franchise around and get to the playoffs,” Murray said.

Before whatever the Kings do, the Magic will make the No. 1 pick for the fourth time. They’ve done well with big men before, having drafted Shaquille O’Neal and Dwight Howard first, and if they decide to go that way again, Smith or Holmgren would be the call.

The 6-foot-10 Smith doesn’t have quite the size of them but has the shooting touch most bigs never will, hitting 42% of his 3-pointers in his one season at Auburn. He also averaged 7.4 rebounds and believes he could defend all three frontcourt spots.

Same with Holmgren, the 7-footer from Gonzaga who has the mobility and shooting range to play on the perimeter, but at 195 pounds could use some more bulk to mix it up inside with NBA centers He’s been in the weight room, so that should come, and in the meantime still has plenty to offer.

“I feel like I have a wide variety of skills that compare well with anybody,” Holmgren said.

So does Banchero, who averaged 17.2 points while leading Duke to the Final Four. He’s been a little bored by the predraft process, which often features individual workouts and rarely game competition. But some encouraging words from Spurs guard Dejounte Murray, a fellow Seattle product, have him excited for what’s ahead.

“He’s told me to enjoy this draft day,” Banchero said. “Live it up, you’ve only got one draft week, one draft night, but as soon as that 24 hours is over and you’re drafted, that’s when the real work starts and it’s no mercy after that. It’s a kill or be-killed type of environment in the NBA, so you’re going to have to be locked in from the jump.”

This year’s draft will include only 58 picks instead of the usual 60. The Milwaukee Bucks and Miami Heat have forfeited second-round picks for talking to free agents before allowed.

Kentucky had six players drafted in 2012 and ’15, most for any school since 1989. Mike Krzyzewski thinks he could have five alone in the first round from his final team at Duke, with Banchero being joined by Mark Williams, AJ Griffin, Wendell Moore and Trevor Keels.

“The NBA doesn’t just draft on who you are now. They draft on who you might be or who they think you will be. So a lot of the kids who leave early from us, we’ve developed them up to a point where people see the potential that they have,” Krzyzewski said on his SiriusXM radio show, “Basketball and Beyond with Coach K.”

Australian Dyson Daniels and Canadian Bennedict Mathurin, who played at Arizona, have a chance to become the second and third graduates of the NBA Academy to be drafted. Josh Giddey of Australia went sixth to the Thunder last season and was a second-team All-Rookie selection. 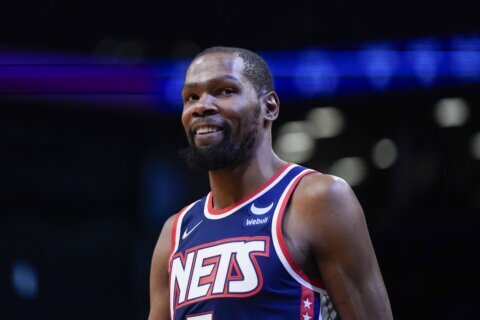 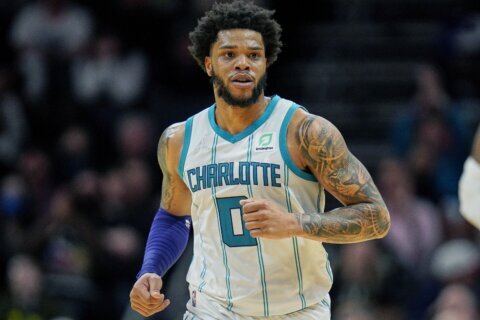 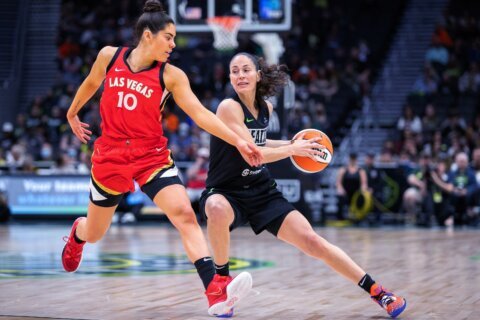