MILWAUKEE (AP) — With Giannis Antetokounmpo in peak form since returning from COVID-19 protocols, the red-hot Milwaukee Bucks are scoring at their highest rate of the season.

Antetokounmpo had 35 points, 16 rebounds and 10 assists for his second triple-double of the season and the Bucks won their sixth straight game, beating the New Orleans Pelicans 136-113 on Saturday night. The 27-year-old Antetokounmpo now has 27 career triple-doubles.

“I’m just trying to stay aggressive,” Antetokounmpo said. “I feel I’m at my best when I’m aggressive, not just for me but the team because I can create open shots.”

In four games since his return on Christmas, Antetokounmpo has averaged 33 points, 11.5 rebounds and 6.5 assists. Antetokounmpo had missed five games due to league protocols.

The two-time MVP got his 10th assist of the game by finding Grayson Allen for a 3-pointer that put the Bucks ahead 117-97 with 6:55 left. Antetokounmpo hit a 3-pointer 26 seconds later.

Antetokounmpo’s other triple-double this season came Dec. 12, when he had 20 points, 11 assists and 10 rebounds in a 112-97 victory over the New York Knicks.

The Bucks have scored over 120 points in three straight games. They just recorded a two-game sweep at Orlando with 127-110 and 136-118 triumphs over the Magic.

New Orleans’ focus on slowing down Antetokounmpo created plenty of open shots for his teammates, as the Bucks shot 23 of 48 from 3-point range.

“It was just one of those nights where they tried to commit five guys to him and load up the paint,” Allen said.

Jordan Nwora had 23 points and shot 5 of 7 from 3-point range for the Bucks. Jrue Holiday scored 21, Allen added 16 points and Bobby Portis 14.

New Orleans was missing its top two scorers with Brandon Ingram sitting out a second straight game due to a sore left Achilles and Jonas Valanciunas entering COVID-19 protocols.

The Pelicans still trailed by just a single point late in the second quarter. The Bucks ended the first half on a 7-0 run and then broke the game open in the second half.

“I thought we did a decent job in the first half,” Pelicans coach Willie Green said. “And in the second half, it got away from us a little bit.”

Milwaukee didn’t have two-time All-Star Khris Middleton or Donte DiVincenzo. Middleton was out for personal reasons and DiVincenzo was out after twisting his left ankle in pregame warmups.

Their absences allowed other Bucks players to step forward. Jordan Nwora, playing for the first time since Dec. 23, shot 5 of 7 from 3-point range.

“Anytime I get a chance to play, I make the most of it,” Nwora said. “That’s what I think when I go out there. I think I was able to do that today.”

Pelicans: Hart nearly recorded a triple-double despite shooting 1 of 6 from 3-point range and 3 of 9 from the line. Hart is 4 of 15 on free-throw attempts against the Bucks. He is 63 of 73 from the line against all other teams.

Bucks: Milwaukee also was missing reserve forwards Thanasis Antetokounmpo and Semi Ojeleye due to NBA health and safety protocols. … Rodney Hood came off the bench late in the first quarter for his first game appearance since Dec. 23.

Budenholzer earned his 400th career head coaching victory. He improved his career record to 400-275 in nine seasons, including a 187-78 mark in four seasons with Milwaukee.

Pelicans: Host the Utah Jazz on Monday in the first of three straight home games.

Bucks: Host Detroit Pistons on Monday. The Bucks have won their last 12 matchups with the Pistons. 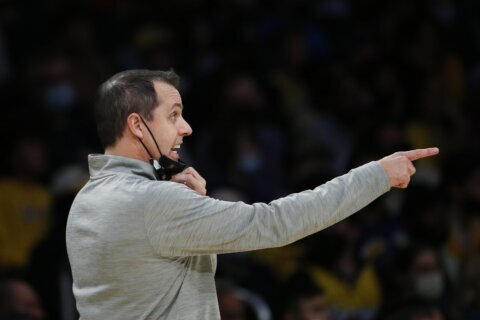 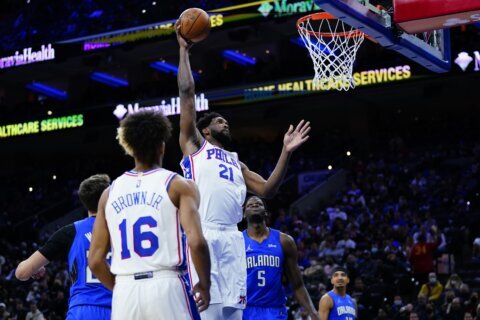