DENVER (AP) — The short-handed Denver Nuggets confirmed Wednesday that guard PJ Dozier’s season is over after he tore his left anterior cruciate ligament in a 119-100 loss at Portland on Tuesday night.

Dozier got hurt when he landed awkwardly after cutting across the lane for a layup late in the first quarter while being guarded by Cody Zeller. He crumpled to the floor grabbing his left knee.

The Nuggets have been hit hard by injuries and have lost five in a row after starting out 9-4 despite the absence of star guard Jamal Murray, who isn’t expected back from a torn ACL until the spring.

The Denver Post reported that Porter has a nerve issue that could require season-ending surgery just months after he signed a five-year, rookie-scale max extension with the Nuggets that is guaranteed for $145.3 million and could be worth up to $172 million.

The Nuggets host the reigning NBA champion Milwaukee Bucks on Friday night at Ball Arena before heading out on a seven-game trip. 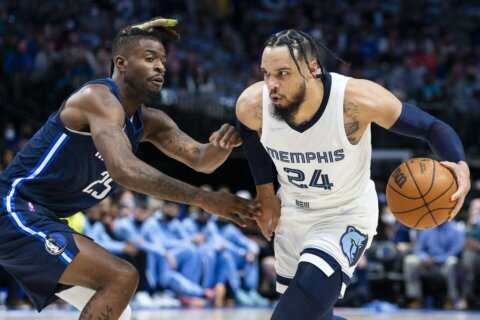 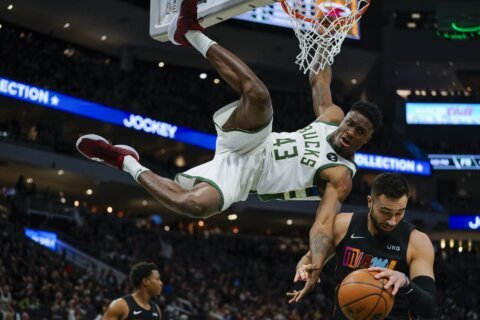