PORTLAND, Ore. (AP) — After meeting to close out the regular season, the Trail Blazers and the Nuggets will face off in the opening round of the playoffs.

Damian Lillard had 22 points and 10 assists and the Blazers beat the Nuggets 132-116 in the regular-season finale Sunday night to secure their eighth straight playoff berth, the longest active streak in the NBA.

“I’m a big wrestling fan, and everybody don’t get to participate in the Royal Rumble. But we made it eight years straight,” Lillard said

The Blazers wound up with the sixth seed, which means they’ll face the Nuggets in the opening round. Denver finished with the third seed on a crazy night that saw the West’s teams in a scramble for playoff position. Denver (47-25) was assured of the seed when the Clippers fell to the Thunder.

“I thought what we accomplished now is pretty gratifying because it was not an easy season. I think there was a lot of negativity out there and we persevered though that,” Portland coach Terry Stotts said. “I’m glad we finished where we did. I think we overachieved by anybody’s standards.”

The Nuggets, guaranteed a spot in the playoffs going into the game, held their starters to limited minutes. Nikola Jokic had 21 points in the opening half then sat for the rest.

“They had it in their minds it was a must win for them and that’s how they played. They were playing aggressive, they were making the right pass, they were rebounding and we didn’t do nothing,” Jokic said. “So we were just there and we made their job easier.”

Last season, the Nuggets went to the conference finals for the first time since 2009 but fell to the eventual champion Los Angeles Lakers.

Coach Michael Malone had said he wouldn’t rest his starters, and he didn’t at the beginning — but only Austin Rivers started the second half. Markus Howard led the Nuggets off the bench with 23 points.

“They’re a very good team. We know them extremely well and they know us,” Malone said of the Blazers afterward. “We’ll need our starting five to play with a lot more urgency and care and compete than they did tonight.”

Lillard’s 3-pointer in the third quarter put Portland up 95-74. The Blazers pushed the lead to as many as 27 points before it was over and Jusuf Nukic finished with 20 points and 13 rebounds.

The Blazers were coming off a 118-117 loss at Phoenix which snapped a five-game winning streak. Portland rebounded from a five-game losing streak last month to win nine of 11 heading into the regular-season finale.

“In the middle of the season, losing Nurk and losing CJ to so many injuries, I myself was banged up, us having such a rough stretch toward the end of the season. Then finding our way out of it and playing our best basketball of the season at the right time. To me, that’s what feels the most different,” Lillard said about this season as opposed to previous trips to the playoffs.

The Nuggets had won three straight, capped by a 104-91 victory at Detroit.

Nuggets: Denver won the first two games against the Blazers this season. … Denver was without Will Barton (hamstring) and P.J. Dozier (adductor). … Malone insisted before the game he wasn’t looking ahead to the playoffs: “I haven’t spent five minutes since we got into town here worrying about who we’re playing after tonight.”

Trail Blazers: With a 3-pointer in the opening quarter, Lillard snapped his own franchise record for made 3-pointers in a season (270). … Lillard had scored 30 or more points in his last seven games, the longest stretch of his career.

The Blazers played the Nuggets in the second round of the 2019 playoffs. Portland won in seven games to advance to the Western Conference Finals, but fell to that season’s NBA champion, Golden State.

“They don’t have the same team. Nurk didn’t play that time. They had Rodney Hood, they had (Al-Farouq) Aminu, so it’s not the same,’ Jokic said. ”There’s a core that’s the same but everything else is not the same.” 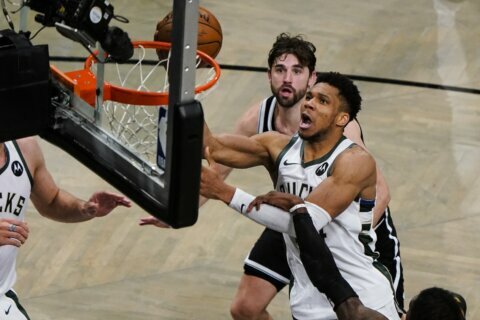 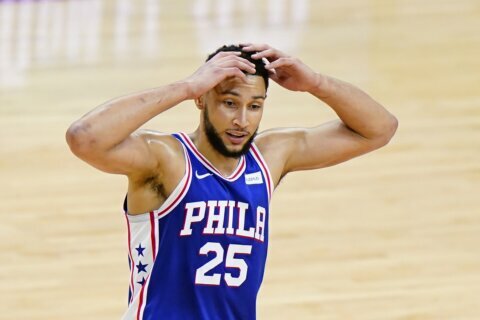 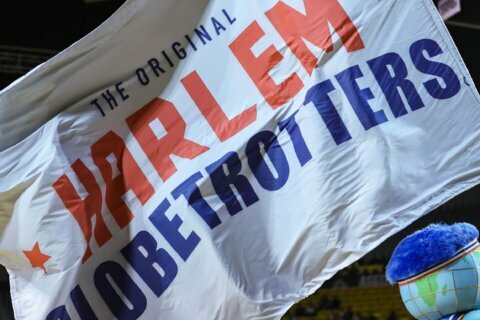