BOSTON (AP) — The only regret Jayson Tatum had about his first career 50-point game was that his 2-year-old son wasn’t there to see it.

But the All-Star has a solution for that.

“It just means I’ll have to do it again someday,” Tatum said. “He’ll be there next time.”

Tatum scored a career-high 53 points — including 18 in the fourth quarter and overtime — and the Boston Celtics held on to beat the Minnesota Timberwolves 145-136 on Friday night.

It was the first 50-point game for the 23-year-old, who eclipsed his previous high of 41. Jaylen Brown had 26 points. Marcus Smart added 24 points, eight assists and six rebounds to help Boston post its fourth win in five games.

“Scoring 50 is a big thing in this league and especially at this age,” Tatum said. “It’s a night I will always remember. First 50-point game and we got the win on top of that. … Every win right now is big. So we’ll take it.”

Boston erased what was a 17-point deficit in the third quarter and led by as many as eight in the fourth before Minnesota rallied to send it to OT.

The Celtics surged again at the start of the extra period and took a 135-129 lead on a 3-pointer by Kemba Walker. Minnesota got within 135-132 on a three-point play by D’Angelo Russell. But Boston outscored the Timberwolves 10-4 the rest of the way.

“I thought we fought hard. We gave ourselves some chances,” Russell said. “At the end of the game, all you can ask for is a chance.”

The last time a Celtics player scored 53 points in a game was Isaiah Thomas in Boston’s win over Washington in Game 2 of the Eastern Conference Finals on May 2, 2017. Coach Brad Stevens said he saw symmetry in that performance and Tatum’s on Friday.

“It was a lot like I recall with Isaiah on so many occasions. He just wouldn’t let us lose,” Stevens said. “When we were coming back in the third, you could see he had it.”

He used his entire offensive toolbox to pick apart the Timberwolves, scoring from mid-range and beyond the arc as well as by slashing to the rim.

Stevens said he was equally impressed with Tatum’s awareness to get the ball to open teammates when Minnesota started to key on him late. He played 41 minutes.

“Tatum was super special tonight and that’s coming off a heavy minute night the night before,” Stevens said. “Don’t mistake his quiet demeanor for not being a competitor. He was a competitor.”

Smart said he thinks the energy that Tatum brought late in the game is something they can carry with them going forward.

“We all recognized what Jayson was doing and how he was going,” Smart said. “We just wanted to make sure we supported him in whatever what we could.”

Timberwolves: Dropped to 0-4 in OT games. … Held a 26-12 edge in bench scoring in the first half. … Had 11 assists on 15 made field goals in the first quarter. … Jaylen Nowell (bruised right shin) and Malik Beasley (left hamstring) were both out.

According to the Elias Sports Bureau, Tatum (23 years, 37 days) became the youngest Celtics player in franchise history to reach the 50-point mark. He bests Larry Bird, who did it at 26 years, 113 days on March 30, 1983.

The Celtics opened the fourth quarter with a 15-3 run and took their first lead of the second half, 101-100, on a pair of free throws by Walker.

Minnesota cut it to 122-119 on a 3 by Russell with 1:29 remaining. Then, following a shot clock violation by Boston, Russell drove in for an uncontested layup.

Tatum missed a deep 3, and Russell missed his own attempt from deep on the ensuing possession. Walker rebounded and got it ahead to Tatum for a dunk that made it 124-121.

Russell banked in a 27-footer to tie it again with 8.6 seconds showing on the clock.

Tatum had a decent look on Boston’s final possession of regulation, but missed a jumper off the back of the rim. 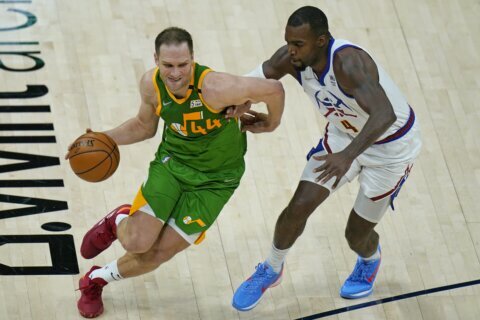 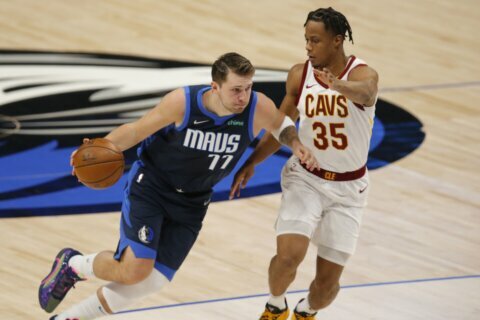 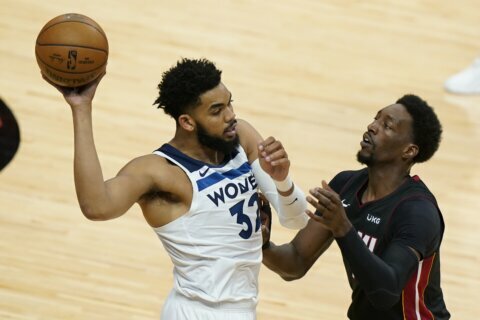