ORLANDO, Fla. (AP) — The plan had been in the works for weeks: Ellen Gilland, 76, would fatally shoot her terminally ill, 77-year-old husband, Jerry, and then kill herself. But after shooting him in the head in an 11th-floor hospital room, she couldn’t carry through with the rest.

Instead, still armed, Gilland was in a four-hour standoff with police until officers were able to use a nonlethal explosive to distract and take her into custody.

That’s according to the police account of the shooting and its aftermath Saturday on a floor for terminally ill patients at AdventHealth Daytona Beach near the central Florida coast.

The couple hatched the plan three weeks ago, Daytona Beach Police Chief Jakari Young said at a news conference over the weekend. During a conversation, he said, they decided that if Jerry Gilland’s unnamed illness took a turn for the worse, “he wanted her to end this.”

“Apparently the goal was for him to do it, but he didn’t have the strength so she had to carry it out,” Young said.

So they turned to “a murder suicide in which she would kill herself,” the police chief said. “But she decided she couldn’t go through with it.”

After hearing a gunshot from room 1106, two hospital workers entered and saw Ellen Gilland sitting beside the bed with her husband unresponsive in a pool of blood. She pointed the weapon at the pair and told them to leave the room, which smelled of burnt gunpowder, according to a police report. Another staffer also entered and was told to leave at gunpoint.

Employees then began evacuating people from nearby rooms, according to the report. The police chief called it “a logistical nightmare” since most of the patients on the 11th floor were on ventilators.

After officers arrived, they lined up in the hallway with guns drawn toward the open door of room 1106. Police repeatedly yelled, “Drop the gun!” according to video from an officer’s body camera recorded about 10 minutes after the shooting.

“Tell me what’s going on. We don’t want to hurt you,” one officer called out. Another told a colleague, “Back up. Back up. We got time. We got nothing but time.”

After about four hours, SWAT team members used a nonlethal explosive device to distract Ellen Gilland and entered the room. They tried to use a stun gun, but it failed to subdue her and she fired a shot into the ceiling. Then she dropped the weapon and was taken into custody, the police report said.

Gilland was charged Monday with premeditated first-degree murder and two counts of aggressive assault with a deadly weapon with intent to kill, and remained jailed without bond. Her court-appointed public defender didn’t respond to an emailed request for comment.

Neighbors of the Gillands also didn’t respond to phone messages on Tuesday.

“It’s a tragic circumstance,” the police chief said, “because it just shows that none of us are immune from the trials and tribulations of life.” 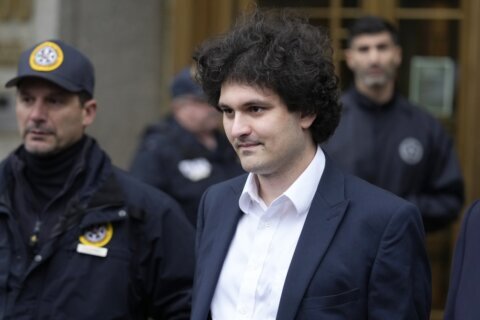 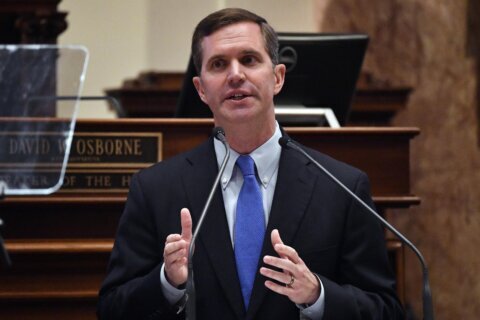