CHARLESTON, W.Va. (AP) — West Virginia has settled for $83 million with Walgreens for the pharmacy store chain’s role in perpetuating the opioid crisis in the U.S. state with the most per capita overdose deaths, Attorney General Patrick Morrisey announced Wednesday.

That brings the total West Virginia dollars brought in from opioid litigation to more than $950 million, according to the Attorney General’s office. The state now has one remaining opioid case to close out. A trial with Kroger is set for June.

“We’re all down, one to go,” Morrisey said. “We can see the light at the end of the tunnel.”

The settlement resolves a lawsuit that alleged the pharmacy chain failed to maintain effective controls to prevent an oversupply of opioids in the state.

In response, Walgreens officials said the chain has increased patient education on safe opioid use and made the opioid overdose reversal medication Naloxone available in its 9,000 Walgreens pharmacies nationwide, among other measures to abate the drug crisis.

“As one of the largest pharmacy chains in the nation, we remain committed to being a part of the solution,” pharmacy chain officials said in a statement.

Walgreens agreed to pay the settlement within an eight-year period, Morrisey said. The money from all opioid settlements will be distributed throughout the state to abate the opioid crisis.

Morrisey announced in September that Walmart and CVS Pharmacy were settling with West Virginia for a combined total of $147 million in a lawsuit over the companies’ roles in contributing to the oversupply of prescription drugs that fueled the opioid epidemic.

The West Virginia Attorney General’s Office is alleging that Kroger failed to report suspicious drug orders to the U.S. Drug Enforcement Administration and the West Virginia Board of Pharmacy. Further, the state alleges that Kroger effectively had no suspicious order monitoring policy for a period of time when opioids were being distributed in significant quantities throughout the state. 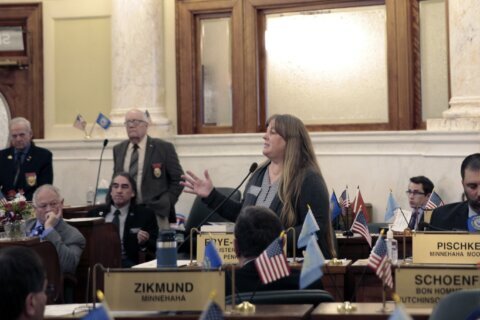 New this week: ‘Your Place or Mine’ and ‘All That Breathes’